Sydney’s massive infrastructure boom is generating a wave of employment opportunities across the city, with projects like WestConnex creating a skills legacy for future generations.

“The impact WestConnex is having in terms of employment security, education and training is nothing short of remarkable,” Mr Fletcher said.

“The expertise being applied to WestConnex right now will prove enormously valuable as we continue our program of infrastructure delivery.

“Sydney is already enjoying the benefits of this vital project which is reducing congestion and slashing travel times for motorists, as well as boosting economic activity in Western Sydney.”

The Turnbull Government is investing $1.5 billion plus a concessional loan of up to $2 billion towards Sydney’s WestConnex. 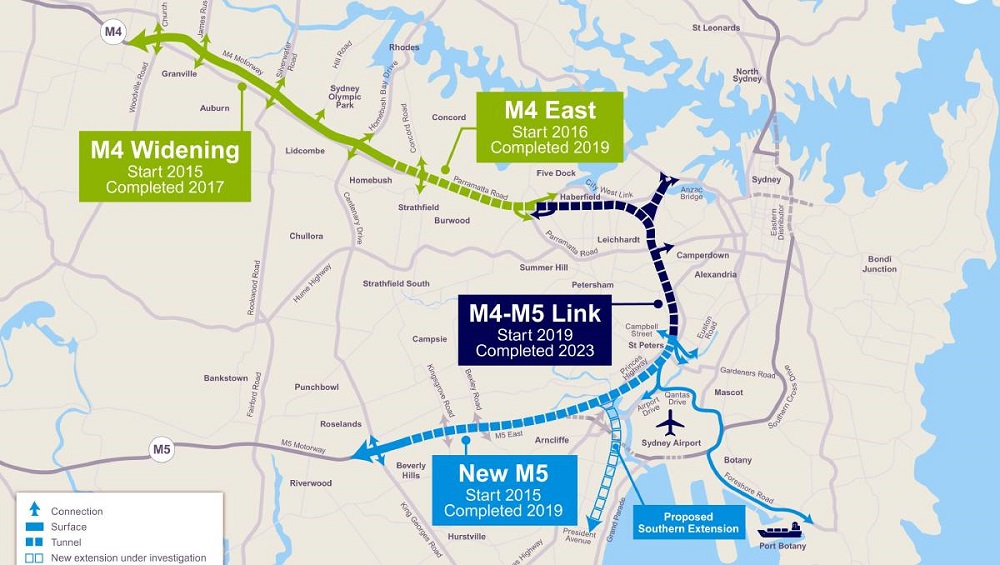 Minister for WestConnex Stuart Ayres said as work nears peak production underground, WestConnex is delivering wins to hundreds of small businesses and creating employment pathways for people across a range of industries.

“The potential of Sydney’s workforce is being fully realised much like the integrated motorway network we are delivering for Sydney,” Mr Ayres said.

“There are 3,500 people working across both project sites daily, 1000 working underground while 10,000 direct and indirect jobs are being generated during construction including 400 apprentices and trainees across the life of the project.”

“As we shape our city’s future below ground, our workforce is becoming more skilled – so we’re not just delivering time savings, we’re setting people up for lifelong careers.”

More than $1.6 billion in contracts have been awarded to Sydney suppliers for the WestConnex project with businesses like Liverpool’s Prysmian Cables growing their workforce to meet demand.

Prysmian’s Commercial Manager Adam Talbot said he is proud of the growth of the business which supplies cable to the New M4 for power and communications equipment.

“At our Liverpool facility alone we’ve grown our workforce by 10 percent, adding 30 employees this year to deliver around $11 million in product to WestConnex,” Mr Talbot said.

A total of 14 kilometres of underground tunnel has been carved out to date and work is progressing 24/7 at all tunnelling sites.