German auto giant Volkswagen Group is planning to invest about 100 million euros (over Rs 800 crore) in India to expand business, including launches of sedan and SUV in the compact segment along with a hatchback.

“At present, an investment of approximately 100 million euros is in the decision process for new models and for further localization of parts and components,” Volkswagen India president and managing Director Mahesh Kodumudi told PTI.

While he did not share the timeline for the investment, he said “further large investments will accompany decisions for further new models for the Indian and export markets”. 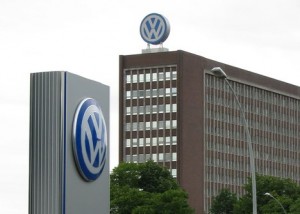 When asked about new product launches and expanding VW’s offering in India, he said: “Volkswagen is currently considering various options, including a compact sedan specially designed for India, a compact sports utility vehicle (SUV) and a compact hatchback.”

These are the fastest growing and largest segments in the Indian market, he added.

“We are close to making decisions on some of these new models and we will announce at the right time,” he said.

Besides, the company is also working on product upgrades of existing volume models — Polo and Vento.

“Along with these, we are also considering the re-introduction of the new generation Passat (premium sedan) as soon as possible,” Kodumudi said.

The VW group had announced that it was aiming to be the number one auto maker in the world by 2018.

“India is expected to become one of the biggest automotive markets in the world and Volkswagen wants to be a part of this growth. As far as market share is considered, the Volkswagen Group aims to achieve a high single digit market share before the end of this decade,” he said.

The Wolfsburg-based group, which is present in India through a wholly-owned subsidiary, has invested around 100 million Euro in 2012-13, after the initial investment of 580 million Euro by the auto major on its Pune-based manufacturing facility.

The group, which has five brands — Audi, Volkswagen and Skoda, Porsche and Lamborghini — in the Indian market. The company employs about 5,000 employees in the country.