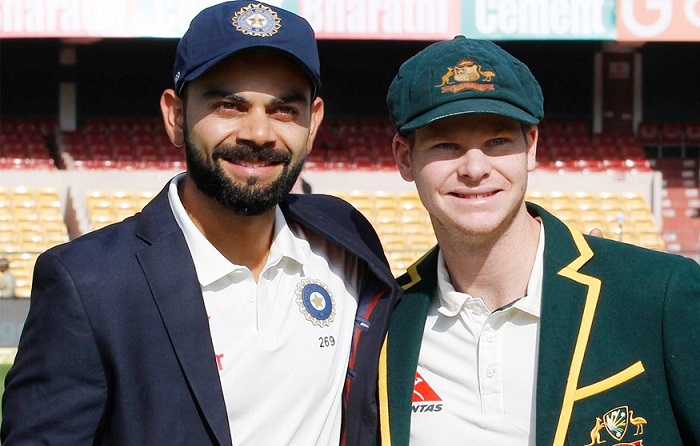 Kohli has been named captain of the International Cricket Council (ICC) Test and One-Day International (ODI) teams of the year. Kohli scored 2,023 runs at 77.80, including eight centuries and three half-centuries in 18 matches during the qualification period.

His ODI career average now stands at 55.74, the highest ever by a batsman from a Full Member nation!

Australia captain Steve Smith has been crowned the International Cricket Council’s Test Player of the Year for a second time, while Indian captain Virat Kohli has been honoured twice in the ICC’s annual awards.

Smith scored more runs and posted more centuries than any Test player in 2017 and his average for the year (76.76) was the highest of any batsman to score more than 500 runs.

The Ashes were merely the culmination of an incredible year @stevesmith49. In the award qualifying period, he played 16 Tests, scoring 1875 runs at 78.12, with eight 💯s and five 50s!

Smith has been the world’s number one ranked batsman for almost two years now and is showing no signs of letting up. Commenting on the occasion, Smith said:

“It’s a great honour to win the Test Player of the Year award. It’s called Test cricket for a reason and I’m very humbled to win that award. I’ve had a really good year – I think I’ve scored six hundreds in the year and more importantly led the team to an Ashes victory, which is something that is really important to me. I am incredibly humbled and I love playing Test cricket – it’s the game that challenges your skills and your mind the most.”

If you didn’t know who @RealHa55an was before the Champions Trophy you sure do now!

He took 13 wickets in helping @TheRealPCB to glory, earning Player of the Series in the process.

ICC team of the year

Next post On Australia Day we should listen to Indigenous Australians