Obama authorised a secret mission to free journalist and other Americans but they were not found, officials say.

The US sent troops into Syria this summer on a secret mission to rescue Americans, including journalist James Foley, held by the Islamic State group. 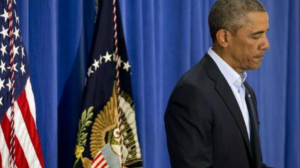 Officials said the rescue mission was authorized after intelligence agencies believed they had identified the location inside Syria where the hostages were being held.

“This operation involved air and ground components and was focused on a particular captor network within ISIL,” a US defense department statement said, referencing the former name of the Islamic State.”Unfortunately, the mission was not successful because the hostages were not present at the targeted location.”

A number of the IS fighters, but no Americans, were killed as a battle broke out, officials said. The US did not say specifically when or where the operation took place.

The Islamic State on Tuesday posted online a video of the beheading of Foley, saying his death was a response to US attacks on its fighters in Syria. The US says it believes the video is genuine.

The US president Barack Obama on Wednesday vowed that the US would not stop its air strikes against the Islamic State, stating the murder of Foley, was proof that the fighters stand for no religion.

He called the group a “cancer” with a bankrupt ideology.

“The US will continue to do what we must do to protect our people,” Obama said. “We will be vigilant and we will be relentless. When people harm Americans, anywhere, we do what’s necessary to see that justice is done.”

Obama said the fighters had rampaged across cities and villages, abducted women and children and subjected them to torture and rape and killed Muslims, both Sunni and Shia, by the thousands.

The video showing Foley’s killing featured a man speaking in what appeared to be a British accent.

“We have not identified the individual responsible on the video but from what we’ve seen it looks increasingly likely that it is a British citizen. Now this is deeply shocking,” Cameron said on Wednesday.

Foley, 41, was contributing videos and stories to the AFP news agency for the media company Global Post before he was kidnapped on November 22, 2012 by unidentified gunmen.