Eighty US military personnel deployed to Chad to aid search for 276 schoolgirls abducted by Boko Haram. 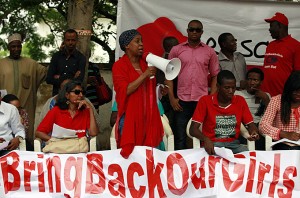 The United States has deployed 80 military personnel to Chad to help in the search for the nearly 300 girls kidnapped by the armed group Boko Haram in neighbouring Nigeria last month, President Barack Obama has said.

Obama notified lawmakers in a statement released on Wednesday about the latest steps under way to assist in the return of the abducted girls.

He said the service members will help with intelligence, surveillance and reconnaissance aircraft for missions over northern Nigeria. He said the force would stay in Chad until its support is no longer necessary.

The troops mark a significant boost to an existing US military effort which includes the use of surveillance drones as well as manned aircraft over Nigeria.

US intelligence officials were in Nigeria’s capital Abuja to assist the government in the search.

“There are about 30 or so people from the CIA, the State Department, the military, and the FBI working as a team in Abuja with Nigerian officials to help them conduct this search,”

Chad shares a portion of its western border with northeastern Nigeria. The girls and young women, all from a school in northern Nigeria, were kidnapped on April 14 in the town of Chibok.

Dozens escaped, but the group’s leader has threatened on video to sell most of the remaining 276 schoolgirls into slavery if the government does not release detained fighters.

The government of Nigerian President Goodluck Jonathan came under intense criticism for its initial response to the kidnappings. Since then, the international community has pledged its assistance.

Meanwhile, violence has continued, with attacks on villages attributed to Boko Haram leaving scores dead. Twin blasts in the city of Jos killing at least 122 people on Tuesday. Hours later, 17 people were killed in the northern village of Alagarno and dozens more in two other villages.