The US added 192,000 new jobs in March, in line with expectations, as the unemployment rate held steady at 6.7%. 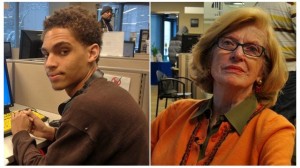 Severe weather over the winter did not prevent the monthly average for new jobs from continuing a climb towards pre-economic crisis levels.Employment grew in health care, and professional and business services, and in mining and logging.

The US Federal Reserve has been watching employment rates as an indicator of economic health.The central bank has been using such indicators to judge whether a cutting back on stimulus for the US economy is desirable.

The March jobs figures were broadly in line with economists’ expectations of 200,000 new posts per month for 2014, while the number of people who were unemployed remained at 10.5 million.

“This employment report should help put to rest fears that the economy was stalling as we entered the new year,” tweeted Justin Wolfers, an economics professor at the University of Michigan.

In March business services added 57,000 jobs, with 29,000 of those roles being in the temporary help industry.Computer systems design and related jobs, which fall under business services, added 6,000 posts.

Healthcare gained 19,000 new jobs, and ambulatory healthcare, which includes outpatient care, rose by 20,000. Nursing care lost 5,000 jobs over the period.Mining and logging rose by 7,000 jobs, against an average growth of 3,000 roles per month over the previous year.