Imam known for his anti-Western statements convicted of 11 charges and could face life in prison.

Abu Hamza al-Masri, an Egyptian-born imam who once preached in London, has been convicted of terrorism charges in New York, after a four-week trial that focused on the preacher’s controversial anti-Western statements. 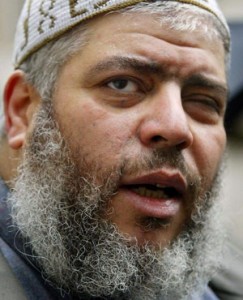 A jury of eight men and four women found Abu Hamza, 56, guilty on all 11 counts he faced, handing Manhattan US Attorney Preet Bharara his second high-profile terrorism conviction in three months. The defendant could face life in prison, the Reuters news agency reported on Monday.

Abu Hamza was charged with providing a satellite phone and advice to a group of Yemeni fighters who kidnapped Western tourists in 1998. Four of the hostages were killed during a rescue mission by the Yemeni military.

He was also convicted of trying to help a US government informant establish a training camp in the state of Oregon in 1999, and providing material support to al-Qaeda.

Lawyers of Abu Hamza, who was indicted in the United States in 2004 under his birth name – Mustafa Kamel Mustafa -, argued that he did not participate in any conspiracy.

They said the government’s case rested largely on the incendiary language he employed in media interviews and the sermons he gave at the Finsbury Park mosque in north London, which earned him notoriety as one of Britain’s most prominent radical Islamic voices.

During the trial, prosecutors told the jury that a year after the September 11 attacks, Abu Hamza organised a conference at his London mosque to honor the 19 hijackers, but not the victims. While he denied the allegations in open court, he told the jury it’s not a crime to have a point of view.

The US government promised not to hold Abu Hamza – if convicted – in a solitary confinement here in the so-called Supermax prison in Colorado. It’s a concession to the British government so he could face charges carrying a sentence of up to life in prison.