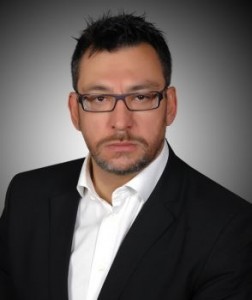 by Burak Bekdil (The Gatestone Institute)

At the end of 1998, Turkey threatened to take military action against President Hafez al-Assad’s regime in Syria unless Damascus immediately stopped harboring Abdullah Ocalan, leader of the violent Kurdish separatist group, PKK. Al-Assad decided not to take the risk. And the Turks, in cooperation with the U.S., finally captured their public enemy No. #1 in Kenya, brought him to court and sentenced him to life. In a war-torn region, a war had been averted.

A decade or so later, the government of Prime Minister Recep Tayyip Erdogan (now president) and his foreign minister, Ahmet Davutoglu (now prime minister), declared al-Assad Jr., Bashar, and heir to the elder al-Assad’s throne, their country’s best regional ally.
Erdogan once said al-Assad was more than an ally: he and his wife, Asmaa, were the Erdogans’ family friends. Visa restrictions between the two countries were removed; bilateral trade boomed; joint cabinet meetings were held; and Turkey became the first NATO member to have joint military exercises with Syria.

After the Arab Spring spread to Syria, Erdogan and Davutoglu changed their rhetoric and started to call al-Assad a dictator — as if a year earlier the man had been the elected prime minister of Sweden. Once again, Syria was the foe — not because its regime had changed, but primarily because Erdogan and Davutoglu thought that the downfall of the Alawite al-Assad, under the powerful winds of change during the days of Arab Spring, could help create a Sunni belt of states subservient to a rising Turkish empire.

Davutoglu, who boasted that he had been to Damascus 62 times and knows the city “street by street,” a reference to his self-declared knowledge into Syrian affairs, claimed more than three years ago that “al-Assad’s days in power are numbered… perhaps a few weeks.”
Erdogan and, to a lesser degree, Davutoglu, made al-Assad’s downfall a personal ambition, presumably to send a message that al-Assad’s departure from power would illustrate to all countries in the world that a regime unwanted by Turkey could not survive.

By 2012, al-Assad had become such an obsession that Ankara was prepared to make the strangest of all bedfellows to get rid of him. It supported all (Sunni) opposition groups, including radicals; funded them, and sent them arms and logistical equipment. That support, together with other regional factors, created Turkey’s own Frankenstein Monster: The Islamic State of Iraq and Syria [ISIS].

Just when optimists started to think that the most important men in Ankara finally understood that a one-dimensional regional policy in the Middle East — one that prioritizes only the downfall of a former ally — would not work, the Turks show that they do not learn lessons.
“We will do everything possible to help people of Kobani because they are our brothers and sisters. We don’t see them as Kurds or Turkmen or Arabs. If there is a need of intervention to Kobani, we are saying that there is a need of intervention to all Syria, all of our border.” This statement of Prime Minister Davutoglu to CNN needs to be decrypted into plain language: “Kobani may be a critical Kurdish town bordering Turkey. It may be facing the danger of falling to ISIS. Kurds may be facing ethnic cleansing. We understand all that. But if our Western allies and Kurds want us to engage ISIS militarily, we want guarantees that al-Assad must go.” So, it is the same obsession again.

Naturally, only one day after Davutoglu spoke of Turkey’s “Kurdish sisters and brothers,” Turkey’s own Kurds put parts of Turkey into flames. On Tuesday and Wednesday (Oct. 6 and 7), riots started in Istanbul, home to millions of Kurds, then spread to Turkey’s overwhelmingly Kurdish southeast. Within a day, fourteen people were killed in anti-government demonstrations and clashes with security forces. The death toll would later reach more than 40.
Davutoglu’s government had to declare a curfew in six Kurdish cities and 22 towns, while in France, Austria and Switzerland, Turkish consulates were attacked by angry Kurdish demonstrators. The security situation in Kurdish cities reached its worst in 22 years. Interior Minister Efkan Ala warned: “We will respond to violence with violence.”
Do the scenes look familiar to another, nearby place? Absolutely. The Turkish interior minister was right when he said that legitimate states have a right to use proportionate violence when they face violence. But he is wrong to think that this right can only be enjoyed by his own country. He belongs, after all, to a government and ideology which seem to hold that Israel should not respond at all, in any way, to the killings of its citizens, bombs or to rockets sent into its cities.

Davutoglu is a man who once said that, “hopefully one day we all will be praying at the al-Aqsa mosque in the ‘Palestinian capital al-Quds [Jerusalem].'” He also said he hopes one day he will pray in Damascus. Both references to Muslim prayers symbolize his strong inner desire for “conquest:” the “conquest” of Jerusalem by the Palestinians, and the downfall of al-Assad and the establishment of a Sunni, pro-Turkey regime there. His references do not necessarily have a military connotation but most likely would not rule it out either.

Davutoglu’s CNN interview is an indirect expression that he would be willing to risk the lives of Turkish soldiers on Syrian territory if he is given assurances that his dream about ousting al-Assad would come true. To which a prominent Turkish columnist, Ertugrul Ozkok, replied in the daily, Hurriyet: “Stop there a minute! So you [Davutoglu] think Turkish mothers and fathers will send their young sons into Syria so that you can say your collapsed Syria policy has proven right?”
Ankara never seems to learn from its mistakes.

– Burak Bekdil is an Ankara-based Turkish columnist writing for Hürriyet Daily News and a Fellow at the Middle East Forum.