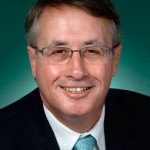 No-one could’ve predicted the scale of natural disasters we’ve seen unfold across Queensland and northern New South Wales over the past week. While the overall scale is nothing like we bore witness to in 2011, there’s no doubt its impact in many places has been devastating. Places we feared would go under – like Ipswich and Goodna – were miraculously spared, while cities like Bundaberg, Gympie and Gladstone felt the full force of days of torrential rain and cyclonic wind. The Prime Minister and I visited Bundaberg and North Burnett on Thursday, where large swathes of the city and region are devastated and the damage will take some time to overcome. But if there’s one thing I know about Queenslanders, and about all Australians, it’s that we stick together when times are tough. Just as we came together two years ago to recover and rebuild, we can and will do it again – Federal and State Governments, councils and communities across the state working together.

Debate over our future

There is no greater responsibility in our political system than the ability to help shape our country’s future and improve people’s livelihoods. This is a great privilege and a huge obligation that is bestowed on political leaders. As the Prime Minister said at the National Press Club this week: “We enter 2013 with more strength to shape our future than anyone else in the world.” Politicians and political parties are always going to have different beliefs and ideas about what our society should represent, which is what makes our democratic tradition so robust. But our democracy is sold short when any political party fails to articulate what they actually believe in, only what they’re against.

To shape Australia’s future, we need a contest of ideas and a debate on policy. We need a debate on who has a plan to keep Australians in jobs, to build the education system we need to take advantage of the Asian Century, to keep our economy one of the most resilient in the developed world. Too much of our national debate in recent years has been about political attack and personality. In an election year, the community loses out if hours of television and pages of newspapers are consumed by fevered speculation over the date of the election. That’s why the Prime Minister took the historic step of announcing the election will be on 14 September to ensure we can have a debate on the ideas that will make Australia even better. Many have characterised this as the longest election campaign in our history – this is an entirely false representation. There will be time for campaigning in August, but before that, Australia needs to have a debate on policies. As the Prime Minister said, announcing the election date gives business and individuals certainty and “gives shape and order to the year and enables it to be one not of fevered campaigning, but of cool and reasoned deliberation. Not a year without passion, because elections are the time in our national life when values should contend, when alternate plans can be compared and considered.”

The right policies to secure our future

To have this contest of ideas, both sides have to turn up with the policies to play – otherwise it’s like two teams turning up to a game of football, but one comes with a pair of boxing gloves and leaves the footy boots at home. With the return of Parliament this week comes the opportunity to debate and progress the policies that will improve the lives of Australians. For the Government’s part, 2013 will be about continuing to put in place substantial reforms and policies to strengthen the resilience and diversity of our economy, and spreading opportunity to every single Australian, no matter where they live. This means progressing big reforms to education and disability services through our National School Improvement Plan and the National Disability Insurance Scheme. Just like Medicare, superannuation and fair pay – these are part and parcel of Labor’s vision for a fairer Australian society.

It’s also about continuing our fiscal strategy that has seen the Australian economy remain a shining example of resilience in the face of global challenges. While there have been some encouraging signs in the global economy this year, we have also been reminded of the enormous unemployment challenge that confronts many countries around the world. This week, we received news that the jobless rate in the euro area remained unacceptably high at 11.7 per cent, and that the unemployment rate in the US crept up to 7.9 per cent. The International Labour Organization (ILO) recently estimated that the ranks of the world’s unemployed increased by a further 4.2 million in 2012, as weaker international conditions and ongoing global turbulence took a heavy toll on both developed and developing economies. This means that global unemployment has risen by 28 million since the onset of the global financial crisis. Five years on from the crisis, the ILO still expects the global unemployment queue to keep rising, estimating that 5.1 million people will be added to the jobless ranks this year alone. The world’s unemployment crisis stands in stark contrast to Australia’s low rate of unemployment and exceptional job creation record throughout this turbulent period, with more than 830,000 jobs added since the Government came to office. This is a testament to our proven record of making the difficult decisions when it counts – like stepping in to support the economy and protect jobs when the global financial crisis hit, and putting in place our responsible fiscal consolidation in recovery. That’s not to say there aren’t challenges – we know that difficult global conditions and structural change have weighed on hiring decisions for some businesses. But because we avoided the permanent skill destruction that plagues so many countries, we’re in a strong position to create the kind of jobs that will define and drive our economy in the Asian Century through our education and skills reforms.

This week, US GDP figures showed the US economy contracted 0.1 per cent over the December quarter. While the result fell well short of expectations, it reflected some temporary factors, including weather related disruptions from Hurricane Sandy. Underlying economic conditions were better than the headline result suggested, but the US needs to keep focusing on generating a sustainable recovery. Unlike other developed economies, the Australian economy has a solid growth outlook, contained inflation, low interest rates, low unemployment, strong public finances, and a triple-A rating with a stable outlook from all three of the major ratings agencies. Our economy is now 13 per cent bigger than when the Government came to office, while many developed economies have gone backwards or barely grown over the same period.

Of course, we’re also not immune from ongoing global uncertainty. Global headwinds, commodity price volatility and a sustained higher dollar have also wiped $160 billion in revenues from our budget bottom line over the past five years. But there’s no country you’d rather be in as we face these challenges. We’ll continue doing what’s right for growth and jobs in our economy, protecting the livelihoods of the most vulnerable in our community, while making room for our priorities and investing for the nation’s future.

I’ve spent nearly all of this week in Queensland as my home state and New South Wales coped with severe storms and an ongoing flood emergency. As always there are some remarkable stories as we once again stared down mother-nature’s fury. Like 93-year-old Barry Rissman, who was evacuating his home in Goodna for the fourth time since 1957. Or a few blocks away, where young blokes and women calling themselves the ‘Western Mud Army’ turned up in utes and trucks to help strangers move all their belongings to higher ground. Truly remarkable as always has been the response of our emergency services, volunteers and Australian Defence Force personnel, who performed dangerous rescues, provided a shoulder to cry on or in some cases, literally saved people’s lives.

The Government has activated a range of disaster assistance, including the Australian Government Disaster Recovery Payment and help for families, small business owners, primary producers and local councils through the Natural Disaster Relief and Recovery Arrangements. Just as we’ve stood side by side with communities as they’ve faced this crisis, we will be there as we enter the long recovery and rebuilding phase. To assist with the recovery in Queensland, the Government has appointed Senator Joe Ludwig as Minister for Queensland Flood Recovery to work with the State Government and local councils to coordinate assistance. Joe undertook a similar role following the 2011 floods and is well across the issues facing communities as they go through the difficult reconstruction phase.

It’s not just Queensland facing the monumental task of rebuilding – there are communities in New South Wales, Victoria, Tasmania and South Australia that are in the first stages of rebuilding their lives following some devastating bushfires. During these times, I am constantly reminded of the strength of the Australian character in the face of such significant adversity. Australians are tough, capable, kind-hearted people. People who can cope with anything life throws them and instinctively help those who get knocked about or are doing it tough. We’ve rebuilt before – after bushfires, floods, cyclones and more – and we’ll do it again. Because that’s what Aussies do – we get knocked down, we dust ourselves off and get back into it together.