Pakistan on Sunday indicated trade cannot be delinked from other contentious issues in the composite dialogue with India as it sought an “uninterrupted and interruptible” process to make peace more sustainable.

“You cannot deal with the situation in isolation. Even if there is a strong desire on both sides to move faster on one track, (like the) trade 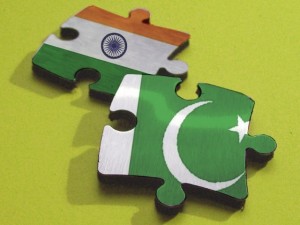 track…we have seen if something happens, if there is a snag or some incident happens, everything comes to a standstill,” Foreign Office spokesperson Tasnim Aslam said.

She was responding to a question on whether trade could be delinked from other issues that have hit bilateral ties since independence.

“That is why Pakistan has been for a long time now talking about a process on all tracks (that is) uninterrupted and uninterruptible,” she said.

Both sides have to talk on the whole spectrum of issues and all problems to make the peace process more sustainable, she added.

“That is because various strands feed into the other. The positivity feeds into each other. Process becomes sustainable. Realistically, you will have to have a holistic movement.” Aslam said once there is the right atmosphere, the two sides can look into separating a specific track from other issues. “When you have achieved that atmosphere, then it is possible to fast track something but when the whole process of bilateral dialogue is stalled and you are trying to move forward on one issue, it is always very fragile.”

Pakistan missed a January 2013 deadline to give India Most Favoured Nation-status.

More recently, trade and bus services across the Line of Control were suspended over a week ago after a driver from the Pakistani side was arrested in Jammu and Kashmir on charges of trafficking narcotics. Following the arrest, 27 drivers from the Indian side were detained by Pakistani authorities.

Asked if progress in Pakistan’s prosecution of seven terror suspects charged with involvement in the Mumbai attacks was a stumbling block to resuming the composite dialogue, Aslam said neither Pakistan nor India is in a position to dictate terms to each other. “It does not happen,” she said.

Aslam raised the bomb attack on the Samjhauta Express cross-border train in which over 40 Pakistanis were killed and said: “What about Samjhauta? Have you forgotten about them? Are they less important. We have not heard anything on Samjhauta.

Aslam further said Pakistan is ready to take a “leap of faith” for better ties with India.

“We would like to take the leap of faith but in the process we don’t want to fall in the abyss. We need dialogue as much as India needs it or this region needs it,” she said.

Responding to a query on whether Pakistan is ready for such a “leap of faith”, Aslam said, “Yes, we are but not with closed eyes.”

Asked about the trust deficit between the two sides, she said, “Unfortunately, there is and it would take more water to flow under the bridge for that (trust) to happen.”

Aslam said Prime Minister Nawaz Sharif has made positive statements and backed it up with some steps.

“Punjab Chief Minister Shahbaz Sharif was in India. Our commerce minister was there. He had very constructive discussions. But then you also see a press conference by your army chief which was very provocative.

“So what exactly is the message? While the message from Pakistan is unanimous, that does not seem to be the case from India. How do you build trust?” she said.

Pakistan and India need to improve their relations because it is in their national interest, Aslam said. “We have to focus on our development and we have to focus on uplift of poor sections of society on both sides,”