This much we can stipulate: President John F. Kennedy was assassinated on Nov. 22, 1963, struck by two bullets — one in the head, one in the neck — while riding in an open-topped limo through Dealey Plaza in Dallas. Lee Harvey Oswald was charged with killing him, and a presidential commission headed by Chief Justice Earl Warren found that Oswald acted alone. 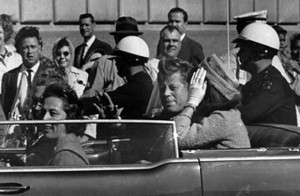 That conclusion hasn’t passed muster with the public. A 2003 ABC News poll found that 70% of Americans believe Kennedy’s death was the result of a broader plot. The trajectory of the bullets, some say, didn’t square with Oswald’s perch on the sixth floor of the Texas School Book Depository. Others suggest a second gunman — perhaps on the grassy knoll of Dealey Plaza — participated in the shooting. Others believe in an even broader conspiracy. Was Kennedy killed by CIA agents acting either out of anger over the Bay of Pigs or at the behest of Vice President Lyndon Johnson? By KGB operatives? Mobsters mad at Kennedy’s brother for initiating the prosecution of organized crime rings? Speculation over one of history’s most famous political assassinations is such a popular parlor game that most people have taken the rumors to heart: just 32% of those polled by ABC believe Oswald carried out the killing on his own.

Not since the JFK assassination has there been a national tragedy so heavily imprinted in American minds — or that has given rise to quite as many alternative explanations. While videos and photographs of the two planes striking the World Trade Center towers are famous around the world, the sheer profusion of documentary evidence has only provided even more fodder for conspiracy theories. 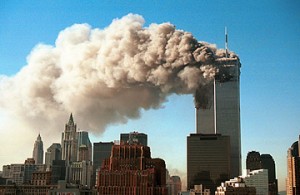 A May 2006 Zogby poll found that 42% of Americans believed that the government and the 9/11 commission “concealed or refused to investigate critical evidence that contradicts their official explanation of the September 11th attacks.” Why had the military failed to intercept the hijacked planes? Had the government issued a “stand down” order, to minimize interference with a secret plan to destroy the buildings and blame it on Islamic terrorists? In 2005, Popular Mechanics published a massive investigation of similar claims and responses to them. The reporting team found that the North American Aerospace Defense Command (NORAD) did not have a history of having fighter jets prepped and ready to intercept aircraft that had gone off route. And while the team found no evidence that the government had planned the attacks, lack of proof has rarely stopped conspiracy theorists before.

Area 51 and the Aliens

We may have Tang thanks to the space program, but who gave us such innovations as the Stealth fighter a 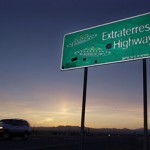 nd Kevlar? Aliens, of course. Conspiracy theorists believe that the remains of crashed UFO spacecrafts are stored at Area 51, an Air Force base about 150 miles from Las Vegas, where government scientists reverse-engineer the aliens’ highly advanced technology. Fodder for this has come from a variety of supposed UFO sightings in the area and testimony from a retired Army colonel who says he was given access to extraterrestrial materials gathered from an alien spacecraft that crashed in Roswell, N.M. Some believe that the government studies time travel at Area 51, also known as Groom Lake or Dreamland

The government has developed advanced aircraft and weapons systems at nearby Nellis Air Force Base, including Stealth bombers and reconnaissance planes. And the government’s official line — that the details of Area 51 are classified for purposes of national security — is only seen as further proof that the military is hiding aliens or alien spacecraft.

Paul McCartney never wrote “Maybe I’m Amazed.” He never formed the band Wings. He never clashed with Yoko, became a vegetarian, or fathered any of his children. When Queen Elizabeth knighted him in 1997, she was actually knighting someone else. This is because, conspiracy-minded Beatlemaniacs say, Paul McCartney secretly died in 1966. Theorists claim the other Beatles covered up his death — hiring someone who looked like him, sang like him, and had the same jovial personality. But the guilt eventually got to them and they began hiding clues in their music. In the song “Taxman,” George Harrison gave his “advice for those who die,” meaning Paul. The entire Sgt. Pepper’s Lonely Hearts Club Band album was awash with Paul-is-dead clues: the Beatles had formed a “new” band featuring a fictional member named Billy Shears — supposedly the name of Paul’s replacement. The album contained John Lennon’s “A Day in the Life,” which had the lyrics “He blew his mind out in a car” and the recorded phrase “Paul is dead, miss him, miss him,” which becomes evident only when the song is played backward. Lennon also mumbled, “I buried Paul” at the end of “Strawberry Fields Forever” (in interviews, Lennon said the phrase was actually “cranberry sauce” and denied the existence of any backward messages). 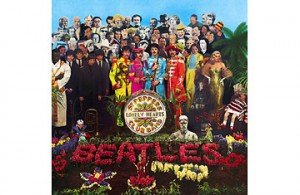 Paul-is-dead believers think the Beatles accompanied these backward tape loops and veiled references to death with album covers that illustrated the loss of their friend. The original cover of 1966′s Yesterday and Today album featured  the Beatles posed amid raw meat and dismembered doll parts — symbolizing McCartney’s gruesome accident. If fans placed a mirror in front of the Sgt. Pepper album cover, the words Lonely Hearts on the drum logo could be read as “1 ONE 1 X HE DIE 1 ONE 1.” And of course, there’s the Abbey Road cover, on which John, George and Ringo forwent all pretense and pretended to cross the street as a funeral procession. John wore all white, like a clergyman. Ringo, the mourner, dressed in black. George donned jeans, like a gravedigger. Paul wore no shoes (he didn’t need them, because he was dead) and walked out of step with the others.

If Paul is dead, then his imposter is still at large. He met and married Linda Eastman, with whom he had four children before losing her to breast cancer in 1998. He released a live album in 1993 called Paul Is Live (likely story), and produced more than 20 solo albums — and that’s not even counting the ones released by Wings. Then he endured a horrible divorce from Heather Mills, which may have made him wish he were dead — or, at least, were still Billy Shears. So who is the real McCartney? The world may never know.

If you were really a member of the global élite, you’d know this already: the world is ruled by a powerful, secretive few. Many of the rest of us peons have heard that in 2004 both candidates for the White House were members of Yale University’s secretive Skull and Bones society, many of whose members have risen to powerful positions. But Skull and Bones is small potatoes compared with the mysterious cabals that occupy virtually every seat of power, from the corridors of government to the boardrooms of Wall Street. 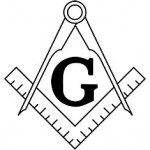 Take the Illuminati, a sect said to have originated in 18th century Germany and which is allegedly responsible for the pyramid-and-eye symbol adorning the $1 bill: they intend to foment world wars to strengthen the argument for the creation of a worldwide government (which would, of course, be Satanic in nature). Or consider the Freemasons, who tout their group as the “oldest and largest worldwide fraternity” and boast alumni like George Washington. Some think that despite donating heaps of cash to charity, they’re secretly plotting your undoing at Masonic temples across the world. Or maybe, some theorize, the guys pulling the strings aren’t concealed in shadow at all. They might be the intelligentsia on the Council on Foreign Relations, a cadre of policy wonks who allegedly count their aims as publishing an erudite bimonthly journal and establishing a unified world government — not necessarily in that order.

The Moon Landings Were Faked

It’s now been nearly four decades since Neil Armstrong took his “giant leap for mankind” — if, that is, he ever set foot off this planet. Doubters say the U.S. government, desperate to beat the Russians in the space race, faked the lunar landings, with Armstrong and Buzz Aldrin acting out their mission on a secret film set, located (depending on the theory) either high in the Hollywood Hills or deep within Area 51. With the photos and videos of the Apollo missions only available through NASA, there’s no independent verification that the lunar landings were anything but a hoax. 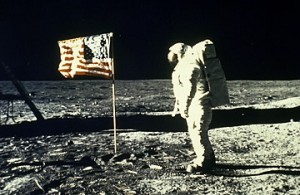 The smoking gun? Film of Aldrin planting a waving American flag on the moon, which critics say proves that he was not in space. The flag’s movement, they say, clearly shows the presence of wind, which is impossible in a vacuum. NASA says Aldrin was twisting the flagpole to get the moon soil, which caused the flag to move. (And never mind that astronauts have brought back hundreds of independently verified moon rocks.) Theorists have even suggested that filmmaker Stanley Kubrick may have helped NASA fake the first lunar landing, given that his 1968 film 2001: A Space Odessey proves that the technology existed back then to artificially create a spacelike set. And as for Virgil I. Grissom, Edward H. White and Roger B. Chaffee — three astronauts who died in a fire while testing equipment for the first moon mission? They were executed by the U.S. government, which feared they were about to disclose the truth.

Far-fetched as the hoax theory may seem, a 1999 Gallup poll showed that it’s comparatively durable: 6% of Americans said they thought the lunar landings were fake, and 5% said they were undecided.

The CIA and AIDS

Since the Centers for Disease Control and Prevention first reported the HIV/AIDS epidemic in 1981, rumors have persisted that the deadly virus was created by the CIA to wipe out homosexuals and African Americans. Even today, the conspiracy theory has a number of high-profile believers. South African President Thabo Mbeki once touted the theory, disputing scientific claims that the virus originated in Africa and accusing the U.S. government of manufacturing the 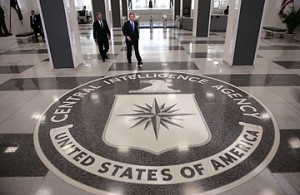 disease in military labs. When she won the Nobel Peace Prize, Kenyan ecologist Wangari Maathai used the international spotlight to support that theory as well. Others insist that the government deliberately injected gay men with the virus during 1978 hepatitis-B experiments in New York, San Francisco and Los Angeles. Still others point to Richard Nixon, who combined the U.S. Army’s biowarfare department with the National Cancer Institute in 1971. Though the co-discoverers of HIV — Dr. Robert Gallo of the National Cancer Institute and Dr. Luc Montagnier of the Pasteur Institute in Paris — don’t agree on its origins, most members of the scientific community believe the virus jumped from monkeys to humans some time during the 1930s.

They are among us. Blood-drinking, flesh-eating, shape-shifting extraterrestrial reptilian humanoids with only one objective in their cold-blooded little heads: to enslave the human race. They are our leaders, our corporate executives, our beloved Oscar-winning actors and Grammy-winning singers, and they’re responsible for the Holocaust, the Oklahoma City bombings and the 9/11 attacks … at least according to former BBC sports reporter David Icke, who became the poster human for the theory in 1998 after publishing his first book, The Biggest Secret, which contained interviews with two Brits who claimed members of the royal family are nothing more than reptiles with crowns. (Picture Dracula meets Swamp Thing).

The conspiracy theorist and New Age philosopher, who wore only turquoise for a time and insisted on being called Son of God-Head, says these “Annunaki” (the reptiles) have controlled humankind since ancient times; they count among their number Queen Elizabeth, George W. Bush, Henry Kissinger, Bill and Hillary Clinton and Bob Hope. Encroaching on other conspiracy theorists’ territory, Icke even claims that the lizards are behind secret societies like the Freemasons and the Illuminati. Since earning the dubious title of “paranoid of the decade” in the late 1990s, Icke has written several books on the topic, including his latest work, The David Icke Guide to the Global Conspiracy. (Source:http://www.time.com/time/specials/packages/article/0,28804,1860871_1860876_1861003,00.html)