PRIME Minister Tony Abbott has come under fire for saying Australia was unsettled before British colonisation. 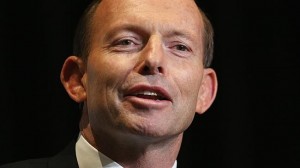 Mr Abbott made the comments while addressing the Melbourne Institute, saying Australia was unimaginable without foreign investment.

“I guess our country owes its existence to a form of foreign investment by the British government in the then unsettled or, um, scarcely settled, Great South Land,” he said today.

Labor’s only indigenous parliamentarian, Senator Nova Peris, said the comments hindered efforts to have her people recognised in the constitution.

The comments were hurtful, dismissive of indigenous Australians and incorrect, she said.

Labor leader Bill Shorten said the comment was offensive, especially from a prime minister who claimed to be dedicated to indigenous affairs.