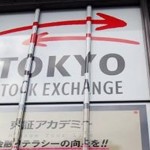 The Nikkei-225 index was up 213.74 points to 14,491.41 at the start. US stocks climbed Monday, brushing off geopolitical concerns after a controversial vote Sunday by Crimea to secede from Ukraine and join Russia.

The Dow Jones Industrial Average jumped 1.13 percent to 16,247.22.US economic figures were also encouraging, with manufacturing output recording its largest increase in six months in February.

“The Ukraine situation remains delicate, but at least has not spilled over into violence, despite the opposition by Western powers,” said Daiwa Securities senior strategist Tsuyoshi Nomaguchi.