“Your digital identity will stay forever… because there is no delete button.” —Eric Schmidt

Some of the biggest names in Silicon Valley recently declared that they had gotten together to recently a new forward-thinking company devoted to promoting  government surveillance reform in the name of “free expression” and “privacy.” 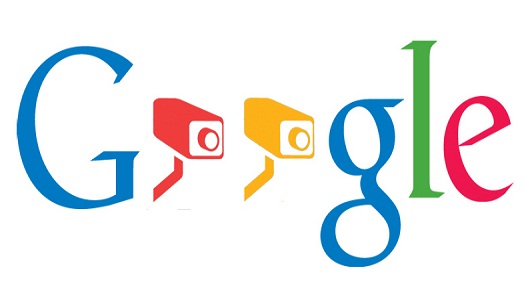 The charade should have been laughed at and mocked — after all, these same companies feed on privacy for profit, and unfettered surveillance is their stock and trade. Instead, it was met with cheers and fanfare from reporters and privacy and tech experts alike. “Finally!” people cried, Silicon Valley has grown up and matured enough to help society tackle the biggest problem of our age: the runaway power of the modern surveillance state.

The Guardian described the tech companies’ plan as “radical,” and predicted it would “end many of the current programs through which governments spy on citizens at home and abroad.” Laura W. Murphy, Director of ACLU’s DC Legislative Office, published an impassioned blog post praising tech giants for urging President Barack Obama and Congress to enact comprehensive reform of government surveillance. Silicon Valley booster Jeff Jarvis could hardly contain his glee. “Bravo,” he yelped. “The companies came down at last on the side of citizens over spies.” And then added:

But while leading tech and privacy experts like Jarvis slobber over Silicon Valley megacorps and praise their heroic stand against oppressive government surveillance, most still don’t seem to mind that these same tech billionaires run vast private sector surveillance operations of their own. They  vacuum up private information and use it to compile detailed dossiers on hundreds of millions of people around the world — and that’s on top of their work colluding and contracting with government intelligence agencies.

If you step back and look at the bigger picture, it’s not hard to see that Silicon Valley is heavily engaged in for-profit surveillance, and that it dwarfs anything being run by the NSA.

I recently wrote about Google’s Street View program, and how after a series of investigations in the US and Europe, we learned that Google had used its Street View cars to carry out a covert — and certainly illegal — espionage operation on a global scale, siphoning loads of personally identifiable data from people’s Wi-Fi connections all across the world. Emails, medical records, love notes, passwords, the whole works — anything that wasn’t encrypted was fair game. It was all part of the original program design: Google had equipped its Street View cars with surveillance gear designed to intercept and vacuum up all the wireless network communication data that crossed their path. An FCC investigation showing that the company knowingly deployed Street View’s surveillance program, and then had analyzed and integrated the data that it had intercepted.

Most disturbingly, when its Street View surveillance program was uncovered by regulators, Google pulled every crisis management trick in the book to confuse investors, dodge questions, avoid scrutiny, and prevent the public from finding out the truth. The company’s behavior got so bad that the FCC fined it for obstruction of justice.

The investigation in Street View uncovered a dark side to Google. But as alarming as it was, Google’s Street View wiretapping scheme was just a tiny experimental program compared Google’s bread and butter: a massive surveillance operation that intercepts and analyzes terabytes of global Internet traffic every day, and then uses that data to build and update complex psychological profiles on hundreds of millions of people all over the world — all of it in real time. You’ve heard about this program. You probably interact with it every day. You call it Gmail.

Google launched Gmail in 2004. It was the company’s first major “log in” service and was aimed at poaching email users from Microsoft and Yahoo. To do that, Google offered one gigabyte of free storage space standard with every account. It was an insane amount of data at the time — at least several hundred times more space than what was being offered by Yahoo or Hotmail — and people signed up en masse. At one point, Gmail’s limited pre-public release invites were so desirable that at one point they fetched over $150 on eBay.

To tech reporters Gmail’s free email service was nothing short of revolutionary. New York Times tech columnist David Pogue wrote: “One gigabyte changes everything. You no longer live in terror that somebody will send you a photo, thereby exceeding your two-megabyte limit and making all subsequent messages bounce back to their senders.”

And what about the fact that Gmail scanned your email correspondence to deliver targeted ads?

Well, what of it?

Gmail users handed over all their personal correspondence to Google, giving the company to right to scan, analyze, and retain in perpetuity their correspondence in return for a gigabyte of storage, which even at that early stage already cost Google only $2 per gigabyte per year.

Selling the contents of our private and business life to a for-profit corporation in return for half a Big Mac a year? What a steal!

You’d be hard pressed to find a bum who’d sell out to Google that cheap. But most mainstream tech journalist weren’t that scrupulous, and lined up to boost Gmail to the public.

“The only population likely not to be delighted by Gmail are those still uncomfortable with those computer-generated ads. Those people are free to ignore or even bad-mouth Gmail, but they shouldn’t try to stop Google from offering Gmail to the rest of us. We know a good thing when we see it,” wrote Pogue in 2004.

But not everyone was as excited as Mr. Pogue.

Several privacy groups, including the Electronic Privacy Information Center, were alarmed by Gmail’s vast potential for privacy abuse. In particular, EPIC was concerned that Google was not restricting its email scanning activities solely to its registered user base, but was intercepting and analyzing the private communication of anyone who emailed with a Gmail user:

“Gmail violates the privacy rights of non-subscribers. Non-subscribers who e-mail a Gmail user have ‘content extraction’ performed on their e-mail even though they have not consented to have their communications monitored, nor may they even be aware that their communications are being analyzed,” EPIC explained at the time. The organization pointed out that this practice almost certainly violates California wiretapping statues — which expressly criminalizes the interception of electronic communication without consent of all parties involved.

What spooked EPIC even more: Google was not simply scanning people’s emails for advertising keywords, but had developed underlying technology to compile sophisticated dossiers of everyone who came through its email system. All communication was subject to deep linguistic analysis; conversations were parsed for keywords, meaning and even tone; individuals were matched to real identities using contact information stored in a user’s Gmail address book; attached documents were scraped for intel — that info was then cross-referenced with previous email interactions and combined with stuff gleamed from other Google services, as well as third-party sources…

Here’s are some of the things that Google would use to construct its profiles, gleamed from two patents company filed prior to launching its Gmail service:

Concepts and topics discussed in email, as well as email attachments

Previous searches users have made

Meanwhile, Gmail’s user base continued to rocket. As of this month, there are something like 425 million active users around the world using email services. Individuals, schools, universities, companies, government employees, non-profits — and it’s not just Gmail anymore.

After its runaway success with Gmail, Google aggressively expanded its online presence, buying up smaller tech companies and deploying a staggering number of services and apps. In just a few years, Google had suddenly become ubiquitous, inserting themselves into almost every aspect of our lives: We search through Google, browse the Web through Google, write in Google, store our files in Google and use Google to drive and take public transport. Hell, even our mobile phones run on Google.

All these services might appear disparate and unconnected. To the uninitiated, Google’s offering of free services — from email, to amazing mobile maps, to a powerful replacement for Microsoft Office — might seem like charity. Why give away this stuff for free? But to think that way is to miss the fundamental purpose that Google serves and why it can generate nearly $20 billion in profits a year.

The Google services and apps that we interact with on a daily basis aren’t the company’s main product: They are the harvesting machines that dig up and process the stuff that Google really sells: for-profit intelligence.

Google isn’t a traditional Internet service company. It isn’t even an advertising company. Google is a whole new type of beast: a global advertising-intelligence company that tries to funnel as much user activity in the real and online world through its services in order to track, analyze and profile us: it tracks as much of our daily lives as possible — who we are, what we do, what we like, where we go, who we talk to, what we think about, what we’re interested in — all those things are seized, packaged, commodified and sold on the market — at this point, most of the business comes from matching the right ad to the right eyeballs. But who knows how the massive database Google’s compiling on all of us will be used in the future.

No wonder that when Google first rolled out Gmail in 2004, cofounder Larry Page refused to rule out that the company would never combine people’s search and browsing history with their Gmail account profiles: “It might be really useful for us to know that information. I’d hate to rule anything like that out.” Indeed it was. Profitable, too.