With further rain looming, more families abandoned their homes in Paraguay, the country hardest hit by the worst flooding in decades in the area bordering Uruguay and Argentina, which has already forced more than 100,000 people to evacuate.

The El Nino weather phenomenon has exacerbated summer rains, swelling rivers in the region. The River Paraguay, which flows by the country’s capital, Asuncion, has already reached 26 feet, its highest level since 1992.

Around 90,000 people have already left their homes in Asuncion and are camping in makeshift wood and tin shelters around the city in parks and public spaces or finding refuge in schools and military buildings. 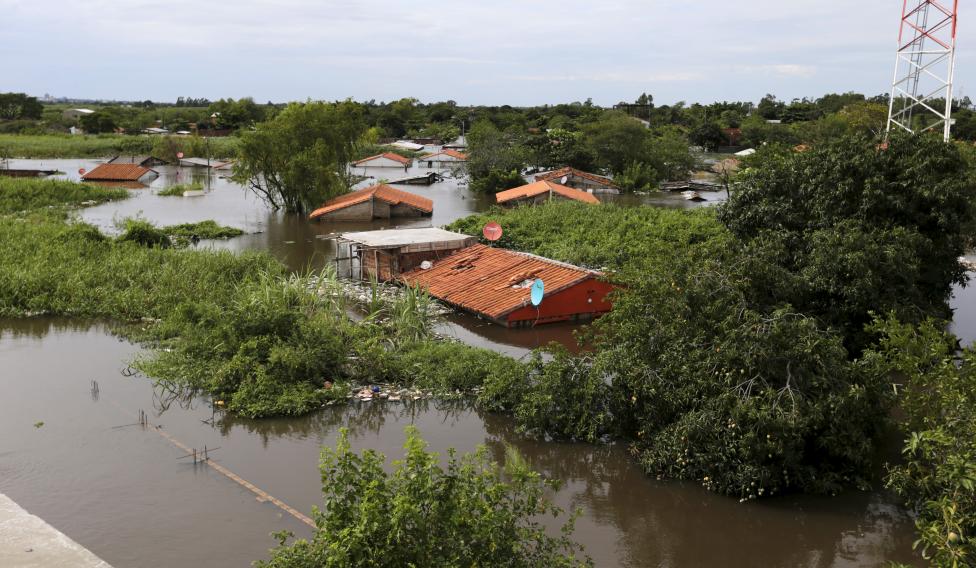 “The water in my house reaches the ceiling; we brought all we could with the help of neighbors and a municipal van,” said Ramona Beltrán, a 42-year-old cook who has been living in an evacuee settlement with 30 other families for two weeks now.

Beltrán said she spent her savings on the material she needed to make herself a new home as government aid had lagged.

“We can’t wait, when it is raining so much,” she said.

In Alberdi, about 120 km (75 miles) further south, authorities have called for 7,000 more people to evacuate because of cracks detected in the town’s levee.

“We are very uncertain about what could happen with the (flood) wall and we do not want to run any type of risk, so the population has been alerted,” said Paraguay’s minister of national emergencies, Joaquín Roa. He said, however, that many people did not want to leave their homes for fear of looting.

This year’s “El Niño,” which causes global climate extremes, is the worst in more than 15 years, the United Nations weather agency said last month. While it has worsened floods in some parts of South America, in others such as Colombia it has brought drought.

The Paraguayan government has declared a state of emergency in Asuncion and seven regions of the country to free up funds to help those affected.

Some evacuees, though, complain the funds were not reaching those who needed them, and that the government must find permanent solutions to the flooding, which happens all too frequently.

“This isn’t a problem just now; it has been going on for years,” said Leopoldina Duarte, 49, who has already had to evacuate her home seven times.

There was no official death toll. Although local media reported two people were electrocuted in their flooded homes and several were killed by trees falling in the storms that caused the flooding.