I’m pleased to be able to give something back to the community I grew up in, says Murray. 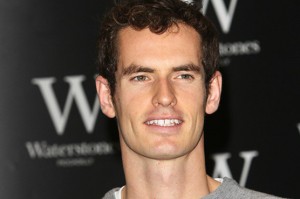 The Wimbledon champion bought Cromlix House, a Victorian mansion dating from 1874, in February last year and has transformed it into a 15-bedroom, five-star retreat.

The property, set in woodlands three miles (five kilometres) outside Dunblane in central Scotland, has undergone extensive refurbishment and tourism officials hope it will prove a big draw for visitors to Scotland.

Murray, 26, envisages the hotel will create up to 40 jobs in Dunblane.

“I m pleased to be able to give something back to the community I grew up in,” he said on the hotel s website.

“By re-establishing Cromlix as a leading luxury hotel at the heart of the Dunblane community we will be able to attract new visitors to the area, create a number of new jobs and focus on supporting other local businesses.”

Dunblane was hit by tragedy in March 1996 when resident Thomas Hamilton shot 16 pupils and a teacher dead at the primary school that Murray attended.

Murray, who hid with his brother Jamie under the headmaster s desk during the massacre, still struggles to speak about the experience.

Jamie — a Wimbledon mixed doubles champion — got married at Cromlix House in 2010.

The former country house has been renovated to show off much of its original heritage, including a private chapel and fishing lake.

Activities in the local area include hunting, fishing and golf, including the Gleneagles course that plays host to this year s Ryder Cup between Europe and the United States.

Murray last year became the first British winner of the men s singles title at Wimbledon since Fred Perry in 1936.