It is unclear if soldier will be punished if US military finds he deserted his post, as he starts recovery process.

A US soldier freed after five years in Taliban captivity faces a long reintegration process and recovery process, according to his family. 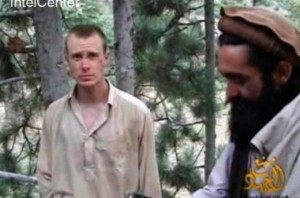 Bowe Bergdahl, a 28-year-old from Idaho, was released on Saturday in exchange for five senior Taliban figures held by the US in Guantanamo Bay prison, in a deal brokered by Qatar.

At a news conference in Idaho National Guard’s Gowen Field on Sunday, his father Bob said: “Bowe has been gone so long that it’s going to be very difficult for him to come back.

“It is like a diver going deep on a dive and he has to stage back up through recompression to get the nitrogen bubbles out of the system. If he comes up too fast, it could kill him.”

On Sunday, Bergdahl flew to Landstuhl Regional Medical Centre in Germany for a full physical and mental assessment. Doctors will determine the length of his stay in Germany, US Defense Secretary Chuck Hagelsaid in a briefing.

Hagel did not respond directly when asked if Bergdahl had left his post without permission, or deserted it, and whether he would be punished, according to.

“Our first priority is assuring his well-being and his health and getting him reunited with his family. Other circumstances that may develop and questions, those will be dealt with later,” Hagel said.

Bowe enlisted in 2008 without telling his parents, drawn by recruiters’ promises that he would be able to go overseas to help people, according to a 2010 Rolling Stone profile.

Once deployed to Afghanistan, he appeared to become disillusioned about the US military mission. In his final email to his parents before his capture, he wrote, “I am ashamed to even be an American,” Rolling Stone reported.

After he was captured on June 30, 2009, some believed he willingly walked away from his post. According toUS diplomatic cables, Bergdahl’s unit began searching for him that morning when he did not show up for roll call.

“He left of his own volition,” one US defence official told the Reuters news agency, declining to be identified. “But we have no idea of his motivation, or what was going through this young man’s mind at the time.”

Asked whether Bergdahl should be disciplined, US national security adviser Susan Rice told ABC News on Sunday: “Anybody who’s been held in those conditions in captivity for five years has paid an extraordinary price.”

Taliban proof-of-life recordings have led to speculation about the effects of captivity on the soldier.

In one video, released in 2010, Bergdahl says: “This war isn’t worth the waste of human life that has cost both Afghanistan and the US. It’s not worth the amount of lives that have been wasted in prisons, Guantanamo Bay, Bagram, all those places where we are keeping prisoners.”

In a video dated 2013, Bergdahl has difficulty putting together coherent English sentences. In another one, he appears to speak with a foreign accent.

A commander of the Haqqani network told the AFP news agency on Sunday that Bergdahl’s captors had tried to teach the soldier about Islam, providing him with religious books, but that he was unreceptive.

“He never missed his religious festivals. He used to tell his handlers they were coming up weeks before Christmas and Easter and celebrated it with them”, the Haqqani commander said.

“He would spend more time playing badminton or helping with cooking. He loved badminton and always played badminton with his handlers. In fact, he taught many fighters about the game.”

The commander told AFP that Bergdahl also became fond of kawa – Afghan green tea – which he mostly prepared himself and that he grew fluent in Pashto and Dari.