A New Zealand woman and a reporter and his family are among at least nine civilians – including children – killed in a Taliban attack on a luxury hotel in Kabul.

Four teenage gunmen with pistols hidden in their socks managed to penetrate several layers of security at the Serena hotel, a prestigious venue favoured by foreign visitors to the capital, on Thursday night. 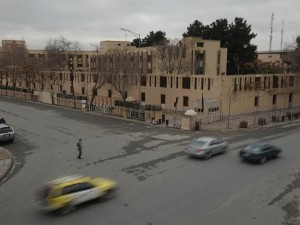 The attack was claimed by the Taliban, who have vowed a campaign of violence to disrupt the April 5 poll.

One of the civilians killed in the attack was a former Paraguayan diplomat who was in Afghanistan as an election observer, Paraguay’s Foreign Minister Eladio Loizaga said.

Another Agence France-Presse (AFP) reporter Sardar Ahmad, 40, who was shot dead along with his wife and two of his three children.

An AFP staff photographer identified the four bodies at a city hospital and said the family’s youngest son was undergoing emergency treatment after being badly wounded in the attack.

Nine people were killed in the assault, five Afghans and four foreigners, he said, and the dead included four women and two children.

The foreign nationals were from Canada, New Zealand, Pakistan and India, he said but made no mention of the Paraguayan.

The attack ended around 11.30pm when Afghan security forces killed the last of the attackers, Sediqqi said, adding that most of the hotel guests had been able to take shelter in special safe rooms.

The attack occurred on the eve of Nawroz, the Persian New Year which is a major holiday in Afghanistan, and the hotel was hosting special celebrations.

“We believe that such attacks have a direct link to the upcoming elections, and the enemies try to stage such attacks to frustrate the people of Afghanistan about their future,’’ Sediqqi said.

Loizaga named the Paraguayan election observer as Luis Maria Duarte, a lawyer who also worked for the United Nations.

“I heard some gunshots, and we all were taken by guards to the safe rooms,’’ a front-desk clerk told AFP on condition of anonymity.

Jane Ferguson, an Al Jazeera television journalist staying at the hotel, said on Twitter she had “just got out of Serena hotel safe. Horrible few hours with furniture against my door.’’

The Serena, the most up-market accommodation in Kabul, has been targeted by militants in the past, including a Taliban suicide attack in 2008 that left eight people dead.

By upgrading its security, the Serena has continued to attract diplomats, foreign workers and Afghan businessmen to its two restaurants, coffee shop and gym complete with outdoor pool.

Sediqqi pointed to a failure of hotel security, as the attackers were able to smuggle six handguns and ammunition inside.