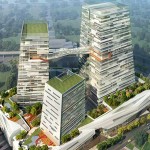 According to the report, the most prosperous nation in the world is Norway, followed by Denmark, Sweden, Australia, New Zealand, Canada, Finland, Netherlands, Switzerland and Ireland.

Of the index’s eight equally weighted subcategories, Taiwan performed strongest in education, ranking fourth behind New Zealand, Australia and Canada. It finished seventh in economy; 24th in entrepreneurship and opportunity; 31st in governance; 29th in health; 27th in personal freedom; 11th in safety and security; and 24th in social capital.

The country’s top 10 economic standing, second in Asia after Singapore and up five places from seventh in 2009, was attributed by the index to solid fundamentals such as a healthy gross domestic savings rate, high-tech exports, low inflation and minimal non-performing loans.

In comparison, South Korea dropped one notch to ninth while Japan tumbled four places to sixth.

The annual index, which is in its sixth edition, benchmarks 142 countries in assessing material wealth and citizens’ sense of well-being. (JSM).