The 23-year-old has won the first two of three legal battles in his high profile battle with Duke University and plans to stay in the US for as long as he can to clear his name. 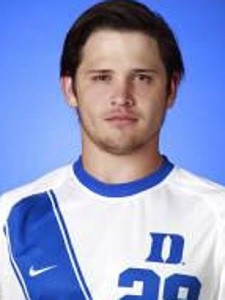 McLeod’s attorney Rachel Hitch told The Daily Telegraph her client was in a constant state of “limbo” and could face up to a year waiting for his trial.

The former Sydney FC Academy soccer player will have to wait until the trial to formally graduate with his psychology degree, which could force an early return to Sydney.

Without the Duke degree, he will not be able to take up a lucrative job with a Wall Street firm in New York and his visa will lapse.

“He’s doing the best he can in terms of this decision, regrouping and figuring out what his options are,” Ms Hitch said.

The Schwartz and Shaw firm partner, who specialises in education law, said McLeod’s parents Bruce and Karen were offering support to their son.

Bruce is the executive-chairman of an oil and gas exploration company and mum Karen “Chippie” McLeod, was a film producer and ex-partner of former state Minister and Sydney Lord Mayor Frank Sartor.

“His family has been offering their support at different points where they can,” she said.

McLeod’s lawyers are currently working towards finding a solution to his visa, which is expected to lapse on July 11.

“It’s up in the air right now. We’re investigating what action we can take. He is in a peculiar position because he’s not expelled, not graduated and not enrolled. As far as student visas go it’s hard to figure out where he falls.”

In its 40-page claim of facts, McLeod’s lawyer allege Duke University failed to give him a fair hearing as part of its independent investigation into the alleged sexual assault.

“He has been a stellar student and a straight-A student since sophomore year. He was also an athlete with the Duke soccer team.”

“Lewis would agree it’s important for the university to take any sexual assault allegations seriously. But the accused student needs to be given a fair process.”

A police investigation by Duke University and Durham police officers resulted in no charges being laid over allegations McLeod sexually assaulted an 18-year-old female student.

On November 14 last year, the pair met at the Shooters university bar before catching a taxi to McLeod’s Sigma Nu fraternity house.

McLeod — who played with Duke University’s soccer team — claims the sex was consensual.

The female student lodged a separate complaint with the university’s Office of Student Conduct.

A three-member disciplinary panel ruled against McLeod and banned him from attending his May 10 graduation ceremony.

McLeod’s lawyers were forced to threaten legal action to allow him to sit his final exams.

Duke University public affairs vice-president Michael Schoenfeld said they were “pleased the court recognised the need to preserve the integrity of Duke’s decision not to issue a degree at this point in the lawsuit”.

“Duke follows federal legal requirements for complaints of student sexual misconduct and works very hard to make sure the process is fair and just in every case. “

No date has been set for the trial, which is expected to run over several weeks.