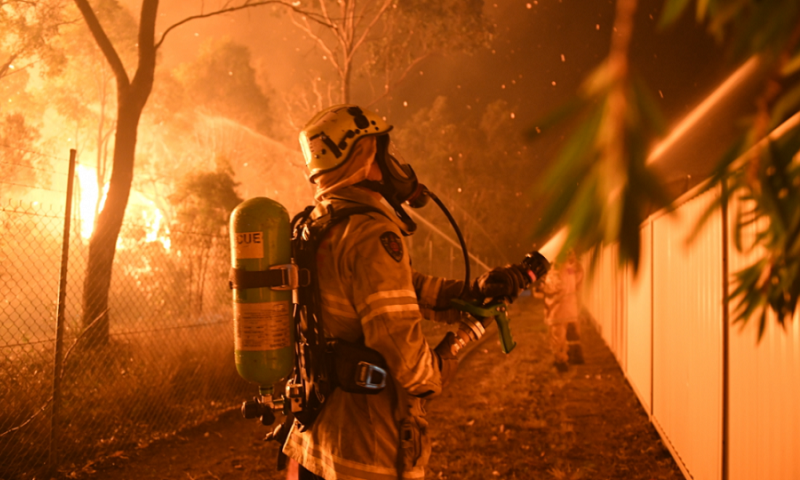 A firefighter hoses down an endangered home in southwest Sydney over the weekend. Photo: AAP

Sydney bushfire: Reports of the property affected as fire eases and threat downgraded

Residents in Sydney’s south-west have been battered by an “aggressive” and “volatile” bushfire, which has destroyed more than 2,500 hectares before conditions eased.

More than 500 firefighters, along with 15 water-bombing helicopters, took part in the firefighting mission.

Temperatures in bushfire-affected areas in Victoria and New South Wales reached 41 degrees celsius over the weekend, with hot, strong winds causing them to grow quickly.

Out-of-control blazes in Bega and Tathra meant 22,000 homes were without power, with strong winds bringing down trees and power lines.

Although the level of damage and the number of properties could not be confirmed, but the NSW Rural Fire Service (RFS) said the fire had burnt over 2,430 hectares around Holsworthy and Menai.

“It is sickening and reprehensible. How dare anyone in society think they can deliberately light a fire, endangering the people who are putting their lives on the line to bring these fires under control” he said.