Earthquake with magnitude of 7.3 recorded off Bougainville Island, according to US Geological Survey. 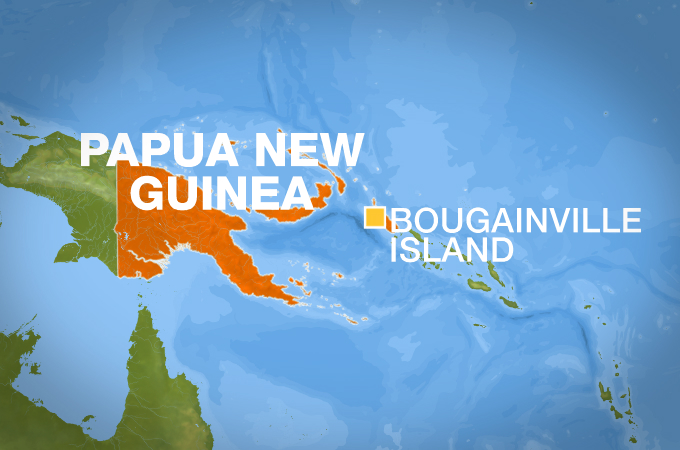 A strong earthquake with a magnitude of 7.3 has been recorded off Papua New Guinea’s Bougainville Island, the US Geological Survey says.

The Pacific Tsunami Warning Centre said on Friday that a destructive widespread tsunami was not expected but said waves could be generated along coasts in the area from an earthquake of that magnitude.

The quake was initially measured at 7.4 but was later revised down to 7.3. It was centred in the sea about 75km southwest of the main town of Arawa on Bougainville, at a depth of about 50km, the USGS said.

Port Moresby, employee at the Geophysical Observatory in the capital, said no reports of damage or unusual wave activity along the coastline were received.

The area closest to the epicenter is very sparsely populated.

Earthquakes are common in Papua New Guinea. The country lies on the “Ring of Fire” – an arc of earthquake and volcanic activity that stretches around the Pacific Rim.