Prosecutors hunt for owner of ferry that sank last month and killed 300 people after he failed to heed official summons.

Prosecutors in South Korea have launched a nationwide manhunt for one of the owners of the ferry that sank last month, killing more than 300 people. 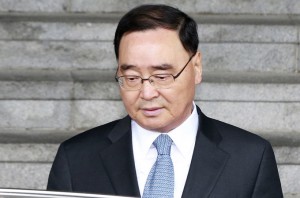 The country’s prime minister, Chung Hong-Won, said in parliament on Tuesday that the government would try to seize all assets held by the family that owned the ferry operator, Chonghaejin Marine Co.

The 6,825-tonne Sewol capsized and sank with 476 people on board, most of them schoolchildren, off the southern coast in April. About 180 passengers were plucked to safety, but hundreds perished in the disaster.

“The government should try and confiscate all his fortune,” Chung said, referring to the billionaire businessman, Yoo Byung-Eun, who failed to heed official summons for questioning about corruption and his role in the ferry operator.

Prosecutors last week asked for a court-issued arrest for Yoo.

But the arrest warrant application has yet to be approved as the 73-year-old’s whereabouts are unclear, prompting investigators to hunt for him.

There have been concerns that efforts to enforce a warrant could trigger a volatile showdown with the Evangelical Baptist Church of Korea, a splinter church group founded by one of Yoo’s relatives.

Hundreds of followers have been holed up for two weeks in the church’s compound in Anseong, south of the capital Seoul, with newspapers reporting that Yoo, who is a leading figure in the church, may also be hiding there.

The church’s followers have blockaded themselves in the compound, warning that any police effort to force entry would be regarded as “religious persecution” and lead to a “dangerous” situation.

Chung Dong-Sup, a former member of the Salvation Sect (AIDE),a religious group associated with Yoo, said that the owner should be held accountable for his actions.

“He assigns people to different businesses himself, so everything is under his control,” Chung said.

Prosecutors believe that the ferry sunk because it was overloaded, its cargo was not properly secured and it made an unusually sharp turn.

He added that prosecutors “are seeking to prove that Yoo was responsible for such lax management”.

A former crew member, said that Chonghaejin often hired people who had little experience or who were affiliated with the church.

Yoo spent four years in prison in the mid 1990s after being convicted of embezzling church funds.

South Korea’s prime minister stepped down because of the ferry sinking but he was asked to remain in his post until the recovery of bodies is completed.