It is highly disappointing that the top officials sitting in the highest and most reputed offices of Pakistan are calling overseas Pakistanis who hold dual nationality as a ‘Foreigner’. Do they 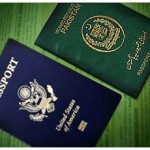 not understand the difference between a foreigner and a dual national? It is just a shame like other humiliations happening in Pakistan by the incapable functionaries of Pakistan.

Dual national Pakistanis are pure Pakistanis just like other Pakistanis in Pakistan; the only difference is that dual nationals are rewarded citizenship by the other countries to enjoy their rights of citizenship like their other citizens. I came to Australia 25 years ago from Pakistan as a professional migrant with my wife, 5 year old son and 3 year old daughter. My goal was to gain more professional experience and qualification in my field, provide better education to my children and make myself in a better position professionally and financially to help those in Pakistan. I know, millions of overseas today are in the same situation as me and my family.

My loyalty and love to my native country (Pakistan) never went down rather it expanded day by day and year by year. Today, I am a more patriotic Pakistani than before and this is my feeling which provokes me today to write this article with pain.

The proof of my patriotism with Pakistan is that whenever Pakistan is in the limelight internationally or here in Australia due to any political or other development, though I am holding an Australian citizenship I am always on the side of Pakistan. In the last 25 years or so I have helped my loved ones in Pakistan through whatever resources and means I have. I have defended Pakistan here in Australia at all levels and forums by feeling that this is my duty to defend my motherland. I am proud to be a committed ambassador of Pakistan.

Now, in Pakistan it is blamed to the dual nationals, calling them as foreigner, giving reasons that these dual nationals have submitted oath for the loyalty of other countries. Of course, these dual nationals have submitted an oath to be loyal with the country where they are living and enjoying the every right of citizenship but these countries are not stopping dual national Pakistanis that they will not defend or remain loyal to Pakistan or work in the best interest for Pakistan. For example: the Australian government doesn’t ask me not to talk about Pakistan or defend Pakistan and its policies on any forum. Being an opinion writer I have defended Pakistan and its policies whenever it was justified and no one ever knocked on my door and put me behind the bar. I am enjoying the full rights of freedom of speech of this country. And it’s all depending on me when and how long I can carry my Australian citizenship. I respect this country because this country has given me the rights to express my loyalty and commitment, however, my native identity cannot be changed and no one else can change my native identity.

However, the fact of the matter is that the people in Pakistan sitting in the top jobs are not loyal to the country. Look at the politicians, they don’t have dual nationality yet they have millions of dollars of assets and investments in overseas; their passports are stamped with green cards and permanent residencies of other countries and they can fly any time from Pakistan as they did in the past. The difference is that they are cheating and looting Pakistan using green passport but dual nationals are using blue or foreign passport but carrying their loyalty with Pakistan. So, who are more loyal, dual nationals or those who have green card stamped on their green Passport?

Among 3 of my children, as I mentioned earlier, 2 came to Australia in their childhood when I migrated to Australia and the third one was born in Australia. All 3 are very loyal to Pakistan. They call themselves Pakistanis when they mix with their local friends. Their local friends, colleges, teachers and employers call them Pakistanis. My children defend Pakistan on all forums. Millions of overseas born Pakistani or grown-up overseas children are in the same situation as my children. So, this is their problem that now they cannot take part in the political system of Pakistan if they want to because their parents brought them overseas. What a shame?

I believe, these powerful people in Pakistan who are calling dual national Pakistanis as foreigners are those who were never offered any opportunity by any country to become the citizen of other countries particularly of United States, England or Australia otherwise they would be in the same boat as ours.

Citizenship of any country or holding a passport of any country doesn’t prove your loyalty or disloyalty to your native land. It entirely depends on an individual’s thinking. One can be so disloyal to his/her country living in his/her country and the perfect example is those sitting in today’s national and provincial parliaments of Pakistan.

These legislators of Pakistan who make legislations, issue notifications see their own safety, stability and vested interest so that to remain in power when making these discriminatory rules in the constitution. They have no thinking on the interest of the citizens of Pakistan or any part of the world.

It has been shocking to hear that now highly respected judge of the highest court of law in Pakistan is also criticising a dual national Pakistani who carries international reputation as ‘a scholar from Pakistan’ who has condemned terrorism on many international forums and defended Pakistan. He is allowed to contest in the Canadian national election or any other political contest, Canadian system of government will not stop him and call him as a foreigner from Pakistan?

This is said that the policies, rules and legislations in Pakistan are being formed and maintained not focusing on the larger interest of the people of Pakistan and the country and the functions of the state are being run by short-sighted personalities.

The writer is Editor, Tribune International, Producer Voice of Tribune and author of ‘Australia For Pakistanis’, he is also foreign correspondent for international media groups. His website is www.sahassan.com