BOSTON: Saudi Arabia is studying ways to regulate locally-produced YouTube content, including the possibility of requiring government-issued licenses for some users, said an official on Sunday. 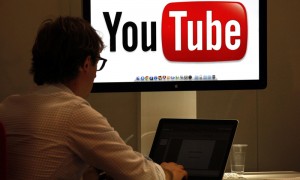 Riyadh Najm, the president of The General Authority for Audiovisual Media, said his agency is still trying to figure out which type of YouTube content-producers would be affected and how the government agency would apply new regulations.

“We do not have a clear way yet implement to this,” Najm told The Associated Press. “It is not clear who will be asked of this… it is all under study.”

YouTube’s parent company, Google, said it had no comment on the matter.

The kingdom has taken other steps recently to regulate online media, ordering dozens of Internet news outlets to stop operating for not having the required licenses.

Najm says the aim of studying new regulations is to find ways to better manage the explosion of YouTube content coming out of the kingdom and to ensure users respect the country’s conservative Muslim norms. He says his agency, which operates under the Ministry of Culture and Information, is not seeking to stifle online creativity or expression.

Mohamed Amine Merah, co-founder of Vizyon Creative Media in Saudi Arabia, said he was not aware of plans by the kingdom to regulate YouTube. As with several other YouTube accounts in Saudi Arabia, Vizyon already has a government-issued license as a production house.

Several monetized YouTube production houses such as UTURN, Masameer and Telfaz 11 have millions of YouTube subscribers and are wildly popular among young Saudis.

“The goal is not to pressure them, but to elevate their quality and make sure the production is up to standard,” Najm said. “At the same time, for them to be aware of the boundaries of society and to not exceed those boundaries.”

Najm explained that there are “widely accepted” norms in Saudi society against insulting another person or groups of people. Public criticism of the king, for example, is strictly prohibited.

More than a dozen Saudis in the past weeks have posted video statements on YouTube sharply criticizing the royal family and demanding change. At least three of those who appeared in videos have since been arrested, along with seven others connected to the videos, security officials have told the AP.

More recently a Saudi sports journalist was sentenced to three months prison and 50 lashes for defaming presidents of two Saudi soccer clubs on Twitter. He was also banned from Twitter for three months, according to local Saudi state media reports.

Rafid Fatani, a consultant to the UN on Internet governance and founder of SASIconsult, which stands for Saudi Arabian Strategic Internet consultancy, said the problem with creating regulations on social media is that often these rules cannot be implemented and adhered to.

He said people end up using virtual private networks (VPN) to get around bans, making “the government look bad.”

“All you are doing is limiting artistic talent and talent creation in the country and that’s the danger,” he said. “Let them produce what they produce, and if society does not like what they see then no one will watch them.”

Examples of past regulatory efforts that flopped include a 2004 Saudi government ban on camera-equipped phones, from which officials backed off because cameras had become a feature in most phones. There were similar efforts to block Bluetooth technology on mobile phones.

Many young Saudis are flocking to YouTube because content creators in traditional media, such as television and newspapers, are heavily regulated. Fatani says traditional media is simply not responding to the younger generation’s needs and taste.

YouTube says that users in Saudi Arabia are among the most active in the world, and that Saudi users watch more YouTube content per capita than any other country. While Google does not release exact figures for Saudi Arabia, the company says that the average internet user in the kingdom watched three times as many videos per day in October as their counterparts in the US.

Google says that people in the Middle East and North Africa watch 14.5 million hours of YouTube every day.

Khaled Al-Maeena, editor at large for the daily Saudi Gazette newspaper, cautions against too much regulation of media. He says that socially responsible, popular Saudi satirical shows on YouTube that poke fun at society should be not be removed or censored.

“A society that does not laugh about itself cannot progress,” he said.“It’s very difficult to regulate online activity. We don’t want to be like China.”