Saudi Arabia has commissioned the first phase of the world’s largest desalination project, being built at a cost of SR27 billion ($7.2 billion) in Ras Al Khair, a report said. 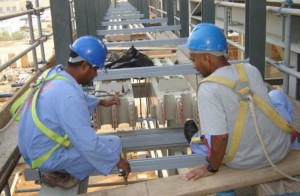 The plant for production and pumping of desalinated water and generation of electricity is located in the Ras Al-Khair Industrial City, 75 km north-west of Jubail. The plant is set to generate 15,000 jobs, said the Saudi Gazette report.Inaugurating the project, Water and Electricity Minister Abdullah Al-Hussayen Al-Hussayen, who is also chairman of the SWCC board, said that the project has the production capacity of 1.025 million cubic metres of desalinated water per day and electricity production capacity of 2,600 MW.The plant will supply 1,350 MW of electricity to Maaden, and 1,050 MW to Saudi Electricity Company, in addition to 200 MW to be used within the plant, he said.A total of 800,000 cu m of water will be supplied to Riyadh city while the remaining will go to other regions.