Men handed sentences up to a decade for aiding and financing conflicts abroad, conspiring, and harbouring suspects. 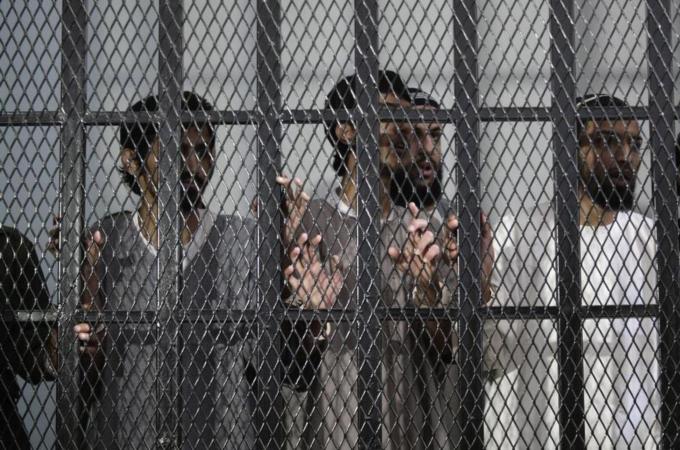 A Saudi Arabian court has jailed 13 men, handing down sentences from one to 10 years, for aiding and financing conflicts abroad, conspiring inside Saudi Arabia and harbouring wanted suspects, state news agency SPA reports.

Other charges for which the 13 were convicted on Sunday included money laundering, bribery and possession of illegal weapons. They were all given travel bans to come into force after their sentences finished. Another seven men were acquitted, SPA reported.

Saudi courts have sentenced hundreds of convicted fighters to prison terms in recent months as they work to overcome a long backlog of cases related to an anti-government campaign last decade that killed hundreds.

The security forces detained thousands of people after the bombings and shootings started in 2003. They were accused of security offences, including joining extremist groups and fighting in Iraq and Afghanistan.

Saudi and international human rights groups have also accused the government of using its crackdown to detain peaceful dissidents in the kingdom, something the authorities deny.

In February King Abdullah issued a royal decree imposing prison terms of three to 20 years on any Saudi national who travels overseas to fight, and of five to 30 years on anyone who gives moral or material support to groups the government considers extremist.

The move reflected the government’s fears that the civil war in Syria, where many rebels fighting against the government are extremists, coupled with Egypt’s crackdown on the Muslim Brotherhood, will inspire radicalism inside the kingdom.

Saudi Arabia is a leading supporter of both the Syrian rebellion against President Bashar al-Assad, and of Egypt’s military rulers.