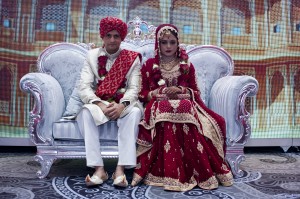 Sarwat Hassan’s Nikkah was held in last June with Adil Hussain Khan in Sydney in a simple marriage function. Adil Hussain Khan belongs to Pakistan who recently finished his education in business management in Sydney. Adil’s parents also came from Pakistan to attend his wedding.

The entire wedding ceremony was decorated with complete Pakistani style wedding; cultural family traditions, wonderful wedding songs sung by famous Priya & Adnan, welcome to Bride & Groom with spectacular fireworks in the hall and display of memorable pictures of Sarwat and Adil from their childhood on the big digital screen on the back of the stage. All the guests were amazed with the arrangements especially by the participation of young fellows in the beautifully designed activities (rasams) of the wedding. 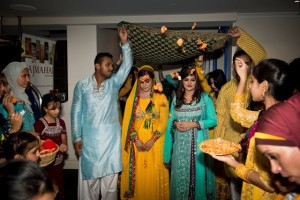 Prior to the wedding function, rasam-e-mehndi was held at the Himalaya Function Palace by the families of bride and groom. The function hall was beautifully decorated with Mehndi theme by Mr. Tahir  Farooque of Taj Mahal Event Management.  This was arranged for ladies only where young girls and women performed typical Mehndi rasam.

Adil Hussain Khan and his family hosted Valima (dinner reception) at Candle Light Reception in Sydney where 200 guests were invited; it was also beautifully arranged in a traditional Pakistani Valima function. 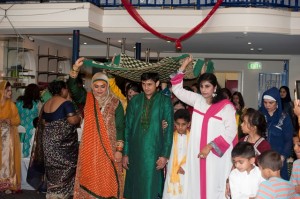 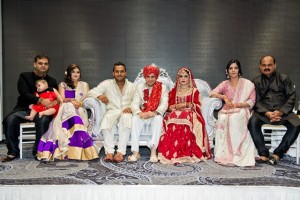 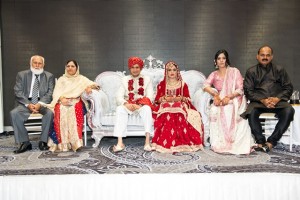 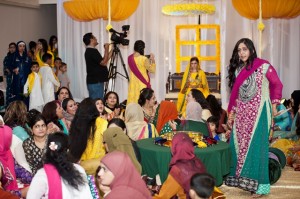