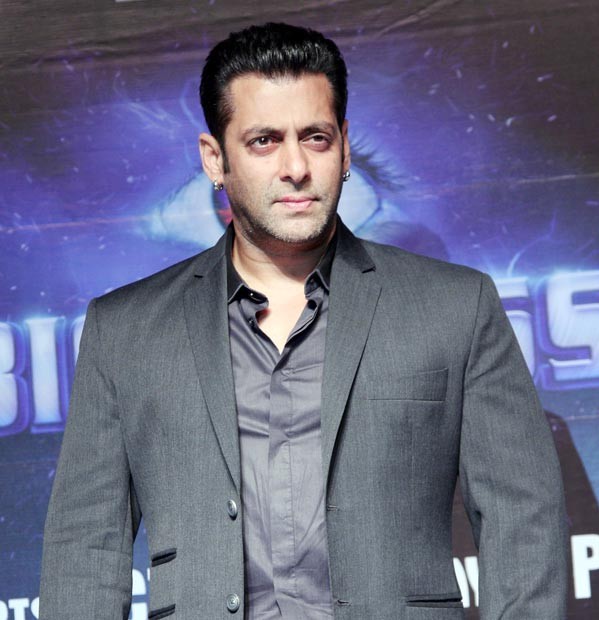 Salman Khan has topped the Forbes charts, both terms of revenues and fame – a first for a Forbes India celebrity list topper. Khan has emerged as the celebrity with the highest earnings in 2014 with earnings of Rs 244.5 crore in 2014, according to a Forbes list. The illustrious Indian actors continue to grow stronger with his box office hits, TV appearances and his charitable trust Being Human.

The No 2 slot is occupied by Bollywood’s most enduring star Amitabh Bachchan, who has moved up three places this year.

It is for the first time in three years that Shah Rukh Khan has been toppled from the top spot. Shah Rukh Khan’s money ranking in 2014 dropped to number 2 with earnings of Rs 202.4 crore. His fame rank dropped to seven, leaving his overall ranking at number 3.

The top 5 in the 2014 Forbes India Celebrity 100 dominates the earnings sweepstakes, accounting for as much as 35 percent of the total revenues of the Top 100. The top 10 has only one woman – this year, Deepika Padukone replaces Katrina Kaif.

Preity Zinta makes a surprise entry in the celebrity list at No 14. Other notable newcomers to the list are singer Arijit Singh, cricketer Ajinkya Rahane and actors from Bollywood and the South: Arjun Kapoor, Alia Bhatt, Rajinikanth and his son-in-law Dhanush are among the 20 debutantes. Ten others—including Sunny Leone, MC Mary Kom, Kangna Ranaut and Imtiaz Ali—are returnees to the list.

TV comedian Kapil Sharma has made the biggest climb this year: He’s up 60 places to 33 as his show ‘Comedy Nights with Kapil’ continues to fascinate audiences. Singers Yo Yo Honey Singh and Mika Singh too have made significant progress to Nos 16 and 40, from their earlier slots of 59 and 74 respectively.

The Forbes list has seen a surprising change in gender balance. This year the list comprises of 28 women compared to 21 last year. Of these, five are returnees while five debut on the list. Women celebrities also outdid the men on air-time bought for TV commercials. The first three slots in the top 10 endorsers on TV are occupied by actors Kareena Kapoor Khan, Deepika Padukone and Katrina Kaif. 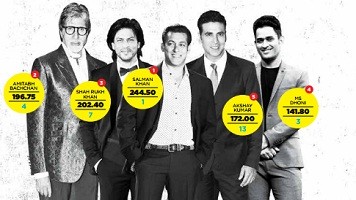 The Top Ten and their Earnings: (All earnings in Rs. Crores)