KARACHI: The Sindh Assembly adopted a resolution expressing solidarity with the armed forces here on Tuesday 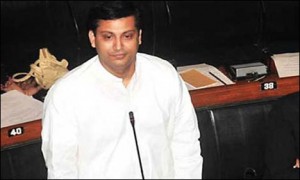 MQM’s member of provincial assembly Faisal Sabzwari had presented the resolution in the Sindh Assembly.

The resolution stated that the provincial assembly demands immediate action to dealing the Taliban with iron hands.

It condemned the attacks at Mosques, Imambargahs, and places of worship of non-Muslims.

On the occasion, Sindh Information Minister Sharjeel Memon said that Taliban are not humans but “beasts.” He asked people to free all their fears of Taliban from their hearts as “these beasts would vanish soon.”