When the father of the Nation of Pakistan, Quaid-e-Azam, Muhammad Ali Jinnah had to make any critical decision, he called every senior & important person in the party individually, he discussed and acquired their views and decision. He asked them about their decision-making process, what led to their analysis, weighing why and how 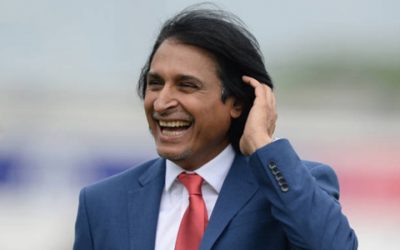 their recommendation on the matter was seen as the right decision. Then he gathered all the replies, assessed them and matched them with majority consent, and formed his resolution. Finally, he made his own firm decision and always stood by his decision. These are the qualities and decision-making abilities of an ultimate leader.

In current times, the head of state, making a statement that Pakistan is going to be on the model of ‘Riasat e Madina’ is a good strategy to convince citizens in the nation, persuade them, build their trust and make them happy on the sanctity of their decision-making processes. On the other hand, the practical realities are that some major decisions on governing affairs are being made where certain prejudice and favoritism are still prevalent.

The appointment of the top position for PCB should have gone through a transparent process. I wonder if PM Imran Khan who was a legend cricketer considers Rameez Hassan Raja was a better candidate than Majid Khan, Zaheer Abbas, Wasim Bari, Javed Miandad, Aamer Sohail, Rashid Latif, Mohsin Khan, and many other senior legend names of Pakistan’s Cricket.

Even if Imran Khan’s decision to appoint Rameez Hasan Raja as Chairman of PCB was based on merit, the exact process of application, procedures, and recruitment has not been released to the public except a meeting with him at the Prime Minister’s office.

The people of Pakistan may be naïve when it comes to Pakistani politics but the sport-loving men and women of the country are very well-informed and articulate when it comes to Pakistan’s cricket. They remember every event, actions within the game of cricket, and cricketers of the past. The criticism from the public is obvious because people know that Rameez Hasan Raja is a good friend and very loyal to Imran Khan, if this was the only criteria then I am also speechless. With apology to the loyalist of PTI; the Pakistanis who are defending Imran Khan’s decision would still be supporting Imran’s decision, had PM Imran appointed Sheikh Rasheed the Chairman of PCB. The reason is simple they admire every decision of PM Imran Khan right or wrong because they adore PM Imran Khan more than the future of Pakistan’s Cricket.