“Islam is the religion of mercy, moderation and peaceful coexistence,” King Salman of Saudi Arabia, home to Islam’s holiest sites, said in a statement.

Ramadan is one of the five pillars of Islam during which Muslims are supposed to devote themselves to praying, giving to charity and fasting from dawn to dusk.

It is sacred because tradition says the Koran was revealed to the Prophet Mohammed during that month.

Although for many Ramadan is a time for families to gather and break the fast with an iftar meal at sunset and socialise, this year it has been marked by violence.

In Afghanistan’s eastern city of Khost, a Taliban car bomber killed 13 people in the first major attack at the start of the holy month targeting a CIA-funded militia group.

This year, soaring temperatures and long days are expected to test the will of those who are fasting in many countries. 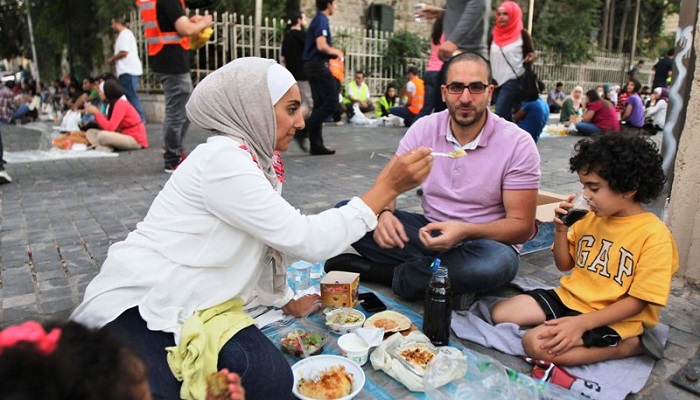 Each day for the month of Ramadan, Muslims abstain from eating, drinking, smoking and sex from sunrise to sunset to focus on spirituality, good deeds and charity.

As prescribed in the Quran, the daily fast starts before sunrise and ends at sunset.

Those who cannot abandon eating and drinking, because of old age, illness or other reasons, are exempted from fasting, but they still may partake in the blessings of this month.

Ramadan is more than abstinence from food and drink during the hours of daylight. It is a time for contemplation, devotion and remembrance of God, especially through the reading or recitation of the Quran.

One of the most significant hallmarks of Ramadan is the Night of Destiny or Value called Lailat al Qadr. The Quran says that on this special night, angels descend from heaven bringing peace and divine presence into the world. It is not specified exactly which night of the month of Ramadan may be the Night of Destiny, therefore people pray all night in the odd nights of the last ten days of Ramadan.