By Tallal Salman, Translated in English by Adib S. Kawar: 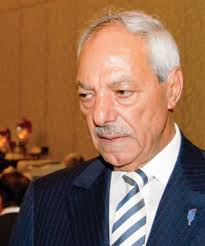 Muslims, Arabs and other peoples, mainly spread around Asia and Africa along with minorities in Europe and the two Americas did not harvest with “political Islam” organizations represented by “Al-Qaeda”, “Annusra” and their derivatives except harm and defamation of true religion, which these organizations’ “caliphs” represent as if they are organizations whose aim is mass murders and execution “celebrations” by cutting necks in front of cameras.

Muslims started to have the image of “butchers’”, champions of mass murder, enemies of literary and artistic creativity (not to forget the slaughter of Charley Ebdo in Paris), despisers of women, cattle dealers, trainers of children on slaughtering claiming conversion of the infidels and disciplining the errant.

Because such “Islamists” doesn’t recognize homelands considering nationalism as disbelieve in religion and nationalism is a squalor made by the devil, thus they – practically- became allies of “Israel” itself as well occupation forces and foreign ascendancy no difference between imperialism and all other types of colonialism, (may be because of this, including other reasons, Islamist organizations under the title of (Al-Ikhwan – Muslim Brotherhood) failed to reach authority, even when they had all the popularity (May be as a result of its oppression), and when opportunities were available to them to take hold of authority they quickly lost them (example Tunisia and Egypt), for various reasons the most important and dangerous of which is the tendency for appropriation of authority, though all people know that this terrorist expiatory organizations doesn’t have a specific vision for the state nor a clear and fulfilling program for people’s needs if they ever could lay their hands on a state’s rule. In this particular case “Hezbollah” gives a unique example in its case, this organization plunged into Public work through its struggle against Zionist occupation for the Lebanese land sacrificing so many of its volunteers as martyrs, gaining great experience in fighting against Zionist and expiatory terrorist occupation, without underrating the enemy’s power, that open international support made it superior with arms and experience.

“Hezbollah” presented with its national struggle (although for those who forgot), it embraces an Islamic slogan, and “the love of the homeland is faith”, martyrs in the hundreds, accumulated the experiences of its fighters, invading the world of modern science, respecting the abilities and experiences of its enemy, keen to gain people’s sympathy and support, taking into account the obligations of the state (even if it is weaker than to wage the battle of libration) realizing the stances of political forces that defamed it and tried to antagonize the authority against it under the pretext that it is its enemy. “Hezbollah” tried to avoid coming into conflict with its opponents and insisted on repeating the trials by going into dialogue with them to win their understanding, and if they denied it their support, which they tried to do — in the begging– to minimize the gravity of the achievement of its fighters, the sincerity of their faith and great modesty, all of this is expressed by its leadership, represented by the captivating personality of it secretary general, Sayed Hassan Nassralah, who presented the outstanding example of the victorious leader; who added to the martyrdom of his son “Hadi” greater mace asserting superiority over himself by presenting “the sacred cause” that he committed over his emotions as a father, and for the first time Sayed Hassan (Abi Hadi) during the honoring of martyrs confessed that he cried when he received the news of “Hadi’s” martyrdom, away from cameras and people’s eyes to avoid exploiting the martyr’s blood to evoke sympathy or empathy, and if people offset him with their sincere feelings what they didn’t to any other leader they ever knew or heard about before him.

“Love of one’s homeland is from faith”, and struggle for it is for man’s dignity and his right in a free homeland that preserves for him his humanity, recompense his efforts and the sweat of the brow.

“Hezbollah” represents an outstanding example of a political organization that adopts Islam as a motto, but it works for the liberty of a homeland and sovereignty of its state, and not for jumping towards authority. Its leader who is the most prominent and popular in the Arab homeland has an open humanitarian emotions even when he is busy waging a victorious a war against the enemy of the homeland, the nation and religion all together; “Israel’.