TONY Abbott will consider a possible veto of Russian President Vladimir Putin’s attendance at the G20 summit in Australia later this year, confirming he would raise the issue with other world leaders. 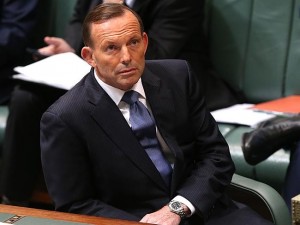 Mr Abbott’s claim that he was considering options followed calls from Labor leader Bill Shorten that the PM should consider banning him in retaliation for the shooting down of flight MH17 by pro-Russian rebels and Russia’s invasion of Ukraine.

“It is an international conference, not an Australian conference, I understand that, but following the events of MH17, the complete lack of remorse or responsibility and now scenes of thousands of Russian soldiers flooding across the Ukrainian border I think most Australians have grave reservations about welcoming Mr Putin to Australia,” Mr Shorten said.

But the unilateral decision to ban Russia from the annual conference of world leaders to be held in Brisbane in November could spark boycotts from other countries supportive of Russia including China, India and Brazil.

Mr Abbott yesterday said he would talk to other leaders about Mr Putin.

“Because he would be coming for a critical international gathering, it’s not a decision which Australia really has a right to make unilaterally.

“Nevertheless, it is an important question and it’s one that I’ll be weighing and I suspect a number of other countries will be weighing in the weeks ahead.

“Plainly, what we have seen in Ukraine over the last six months or so, is an increasingly aggressive role by Russia and it seems that Russia is now stepping out of the shadows and overtly trying to achieve its objects of domination in Ukraine and it is completely, absolutely and utterly unacceptable.”

Mr Abbott also referred to MH17’s fate, saying it was “almost indubitable that the weapon used to commit this atrocity was Russian supplied”.

Meanwhile, former Liberal Prime Minister John Howard has given Tony Abbott a glowing endorsement for his handling of the terror situation in Iraq, declaring all Australians should be concerned about the Islamic State threat.

“I think that everything the Prime Minister has said about ISIL (Islamic State) … has been absolutely correct. It’s evil.”

Mr Howard’s comments came as speculation continued to rage over the extent of Australia’s possible involvement in ­air strikes and other humanitarian efforts in Iraq and Syria.