PRIME Minister Tony Abbott has postponed a trip to Indonesia next week, and concerns about an asylum seeker operation under way north of Australia is believed to be behind the decision. 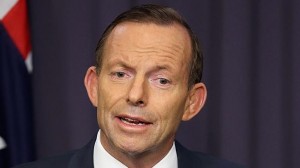 Arrangements were being made for Mr Abbott to visit Bali early next week, where he’d been invited by Indonesian President Susilo Bambang Yudhoyono to attend a regional forum.

But the plans were suddenly ditched on Friday evening, with the prime minister’s office not confirming the reasons for the change.

“The attempt to make a trip to Indonesia has been postponed but we are hopeful of finding another date soon,” a spokesman for Mr Abbott told AAP on Friday.

AAP understands that the visit was deemed too risky while an on-water operation – believed to be a “turnback” of an asylum seeker vessel – was under way.

The potential that a boat carrying asylum seekers could arrive on Indonesian shores during the prime minister’s visit and cause embarrassment to President Yudhoyono was considered too great.

The government will not comment on any matters related to on-water incidents at sea related to Operation Sovereign Borders.

The invite extended to Mr Abbott was considered a significant overture from President Yudhoyono, and a real step towards repairing the bilateral relationship after it hit rocky waters last year.

Indonesia recalled its ambassador and suspended all military, police and intelligence co-operation in November after revelations that Australia had spied on President Yudhoyono and his wife.

More than four months later things haven’t been resolved and the temporary freeze on cooperation hasn’t lifted, but this personal visit from Mr Abbott was seen as an opportunity to break the impasse.

A spokesperson for Mr Abbott said the prime minister was looking forward to attending the Open Government Partnership forum in Bali.

“The prime minister is grateful for the invitation,” they said.

Mr Abbott hopes to meet the president at a “mutually convenient time” soon.