The Lunar New Year is China’s biggest holiday. Around the world, families are coming together to celebrate.

The Spring Festival traditionally is the most important time of the year for family reunion, but as China has become prosperous, an increasing number of wealthy Chinese are opting to travel abroad, which translates into big business for global retailers.

In the Western world, the traditional shopping season usually lasts a month from Thanksgiving to Christmas holidays. But in recent years, Chinese consumers have managed to add another month to it with the celebration of the Spring Festival, which is as big a deal as Christmas to U.S. malls.

According to the Quartz, South Coast Plaza, the highest-grossing mall in the United States with 1.7 billion U.S. dollars in sales in 2015, its peak season begins the day after Thanksgiving and ends not at Christmas but at the close of Chinese New Year celebrations.

The themes of the festival, including reunion, luck, peace, affluence, good health and safety, are all ideals that Chinese people have held for thousands of years, said Feng Jicai, a famous writer and president of the Chinese Folk Literature and Art Association.

In order to be with families at the most important festival of the year, Chinese people travel long distances to go back home, as 2.9 billion trips are expected to be made during this holiday season.

However faraway and inconvenient — even settling with a standing ticket for a 20-hour-plus trip — Chinese people would not be willing to miss the annual family reunion.

They go home, bring gifts, hand out red envelopes to seniors and children, and offer their best wishes to each other for a good year.

The Chinese government estimates that 2.91 billion trips of all kinds will be taken over the Chinese Lunar New Year’s 40-day travel season, in what is thought to be the largest yearly movement of people in the world.

This year, overseas visits conducted by Chinese tourists are expected to reach a high of six million over the week-long holiday season that start officially on February 7, according to Ctrip, a major online travel site in the world’s second-largest economy. That represents a 15 percent increase over the total of 5.2 million overseas visits conducted by Chinese tourists over the Lunar New Year season last year.

According to the China National Tourism Administration, Chinese tourists undertook more than 120 million visits overseas in 2015, many of which helped support growth in the countries of destination. 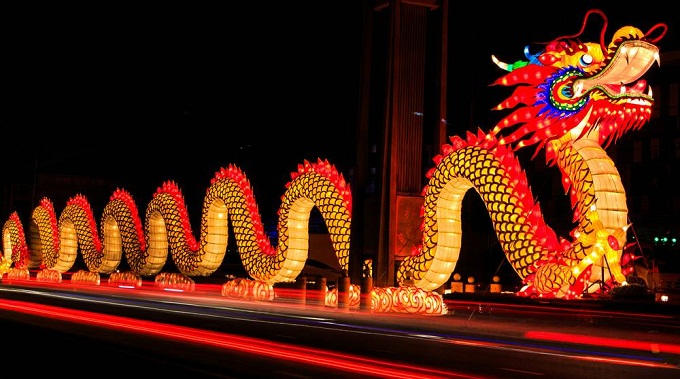