Philippine President Benigno Aquino has asked the country’s congress to swiftly enact a law creating a Muslim autonomous area in the south of the mainly Roman Catholic state. 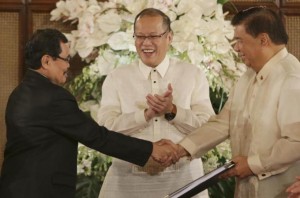 The move aims at in ending nearly five decades of conflict, which has seen the two sides signing a deal in March to end a rebellion that has killed more than 120,000 people, displaced two million and stifled development in the resource-rich region.

Hopes for peace were thrown into doubt after the deal, when the rebels accused the government of reneging on the pact.

Aquino is keen to see the deal in place before his term ends in June 2016.

“We ask congress to pass this bill in the soonest possible time,” Aquino said at the related ceremony.

“If we are able to legislate this, we can give our Moro brothers enough time to prepare, thus enabling them to nurture the seeds of meaningful governance which were planted for the Bangsamoro.”

The law creating an autonomous government to replace an existing autonomous region in Muslim Mindanao island, which Aquino described as a failed experiment, was a product of 17 years negotiations and months of drafting.

Under the deal, the Bangsamoro autonomous region will have self-rule over an expanded area with wider powers to impose taxes and fees on permits and licenses.