PAUL Ramsay, founder of the global Ramsay Health Care empire and one of the nation’s richest men, has left the bulk of his estate to charity.

Mr Ramsay, 78, died in Bowral overnight after last month appearing in top form when he gave a speech at a gala dinner celebrating the 50th anniversary of Ramsay Health care, the company he built from a single private hospital in 1964.

Mr Ramsay is believed to have suffered a heart attack on his yacht while travelling in Europe. He had been gravely ill for a week in Spain before flying back on his private jet to his beloved Bowral. 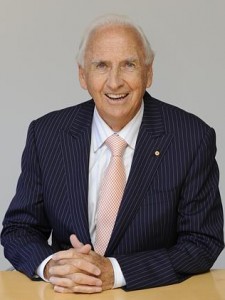 Mr Ramsay’s twin Ann and brother Peter were understood to have been with him when he died at his own hospital, Southern Highlands Private.

Mr Ramsay was ranked 499th richest person in the world with a $3.7 billion fortune and Australia’s 13th richest person by Forbes magazine this year. His 36 per cent stake in Ramsay Health Care was is worth $3.3 billion.

Mr Ramsay never married and had no heirs. In a statement to the stock exchange this afternoon, the company announced the bulk of Mr Ramsay’s stake in the company will be donated to the charity he had already established, Paul Ramsay Foundation.

“Given the size of Mr Ramsay’s holding in Ramsay Health Care, the Board wishes to advise the market that it has been notified by the Executors that Mr Ramsay’s Will provides that the bulk of his estate, will be of enduring benefit to the Australian community through the already-established Paul Ramsay Foundation,” said group general counsel John O’Grady.

“The Foundation will receive the benefit of the vast majority of his controlling shareholding in Ramsay Health Care Limited, which will largely be retained on trust for the Foundation.”

Harvey Norman founder and executive chairman Gerry Harvey told The Daily Telegraph last week that Mr Ramsay was a rare person, not an average chief executive but a founder of businesses who made Ramsay Health Care an “extraordinary success”.

“How do people get into that position? I don’t think people like him ever think about that … They just did it better than anybody else.”

He would be more likely to ask himself, “how the hell did that happen” and whenever he was asked he would “brush it aside”.

Mr Ramsay began Ramsay Health in 1964 with the purchase of a guesthouse called Warrina House on Sydney’s north shore that he converted into a psychiatric hospital.

It was one of the nation’s first private hospitals and the seed from which a global empire grew, blossoming to 151 hospitals in five countries.

Evesham Clinic, the Northside Clinic and veteran hospitals Hollywood and Greenslopes were some of the familiar Sydney facilities under the Ramsay banner.

This year was the 50th anniversary of Ramsay Health, which employs 30,000 people and treated 1.4 million patients last year.

In his message for the 50th anniversary, Mr Ramsay said: “Size has never mattered to me. Much more important is that we look after our patients and look after our staff and doctors.

“I am confident that the next 50 years will be as good a journey as the first 50 years and that Ramsay Health Care will continue to grow without losing sight of the culture and people that have made our company what it is today.”

Shares in Ramsay health jumped 60 per cent when the company expanded into Malaysia in 2013.

Mr Ramsay was chairman and joint majority shareholder in A-League club Sydney FC from 2009 to 2012, during which time they won the competition in 2010. He was crucial to establishing the club alongside Frank Lowy

“Paul made a big contribution here for several years as our chairman, and it’s always distressing to hear news like this,” Mr Pignata said.

“On behalf of all Ramsay staff and doctors, we express our deep concern for Mr Ramsay,” Mr Siddle said in a statement.

Mr Ramsay also held long-term media interests but last month sold out of his 30 per cent stake in Prime Media for around $96 million.