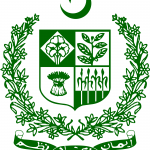 and Melbourne) from 27 April to 4 May 2014. The objective of the visit is to survey the market, gather market intelligence and explore business opportunities in the Australia – New Zealand region, which has remained untapped or under-tapped by Pakistani manufacturers / exporters. Presently, the visiting delegates are exporting terry towels to leading brands in USA, Europe, Middle East, Japan, etc. In 2013, a few of them exported huge quantities of terry towels all over the world, worth more than US$ 60 Million. The delegation will hold meetings with Australian Importers & Wholesalers in Sydney (28 & 29 April 2014) and Melbourne (31 April & 1 May 2014) and display their products in an EXHIBITION style.

Mr. Abdul Aziz Uqaili, the Consul General, who is also Trade Minister of Pakistan in Australia, has invited all Pakistanis, Australians of Pakistani descent and other businessmen in Australia who are associated with the terry towels industry (imports, wholesale and etc.) to join him in a BRAINSTORMING SESSION for successful conduct of the delegation, to be held in the Consulate General of Pakistan Sydney, Level 7, 32 Martin Place, Sydney CBD 2000 at 2.30 pm on Tuesday, 25 April 2014. For further information all interested stakeholders may approach cgps on following contact details: