ISLAMABAD — Pakistanis celebrated the Independence Day (14th August) with traditional fervor and enthusiasm pledging afresh to make the country a true Islamic welfare state as envisioned by Quaid-e-Azam Muhammad Ali Jinnah.
The day dawned with 31 gun salute in the federal capital and 21 gun salute at the provincial capitals. Special prayers were offered for the prosperity, integrity and solidarity of the country, unity of the Muslim Ummah and the success of the long drawn struggle of the Kashmiris after Fajr prayers. It was a public holiday day throughout the country.
The main ceremony of Independence Day was held at the convention center in Islamabad. President Mamnoon Hussain, who was the chief guest on the occasion, along with Prime Minister Nawaz Sharif hoisted the national flag.
The three services chiefs and the federal ministers attended the ceremony.
Impressive change of guards ceremonies were held at mausoleums of Quaid-e-Azam Muhammad Ali Jinnah and Allama Muhammad Iqbal.
Smartly turned-out contingent of Pakistan Navy Cadets assumed guard duty at Mazar-e-Quaid in Karachi while Pakistan Army 2-Baloch Regiment took over the charge from Punjab Rangers at the mausoleums of Allama Iqbal.
Flag hoisting ceremonies will also be held at the provincial capitals and district headquarters besides other important national institutions.
A host of events, including seminars, conferences, lectures, debates, speech contests, exhibitions, quiz competitions, stage dramas and Mushairas have been arranged by different organizations in connection with the day.
Meanwhile, all major public and private buildings, roads and avenues have been illuminated and decorated with national flags, portraits of the national leaders, banners and buntings to give a festive look.
Celebrations abroad
The 69th Independence Day of Pakistan was commemorated with vivacious national spirit, traditional fervor, enthusiasm, resolve and renewed commitment to the country’s success and glory, by Pakistan Embassy in Beijing, China.  The flag hoisting ceremony commenced solemnly with the recitation of the verses from the Holy Quran followed by playing of the national anthem.
Ambassador Masood Khalid unfurled the national flag and hoisted it gradually to the mast’s summit as the anthem tune resounded in the Embassy compound. The participants of the ceremony from all walks of life stood by during the flag hoisting.

National songs were sung by students of the Pakistan Embassy College in Beijing who also presented tableau in traditional national and regional attire. At the conclusion of ceremony, gift packs and sweets were distributed among the children.
The Ambassador cut the cake in a get-together with the community which was followed by lunch. Ambassador Khalid while talking with the community present at the ceremony called upon the Pakistanis residing in China to work diligently for maintaining the highest moral and ethical standards so as to achieve greater respect and to improve the image of the country in the eyes of the others.
The participants included the Embassy staff, the Pakistani community members including students, entrepreneurs, women, children as well as some Chinese media persons.
Similar ceremonies were simultaneously held at the Embassies and Consulates General in Ankara, Canberra, Shanghai, Guangzhou, Chengdu, New Delhi, Hong Kong and many other world capitals.

The 69th Independence Day of Pakistan was celebrated with national zeal and spirit at the High Commission in New Delhi, India.  Mr. Abdul Basit, High Commissioner raised the flag to the tune of national anthem in an impressive ceremony which was held on the Chancery’s lush green lawns. Speaking on the occasion, the High Commissioner said Pakistan had always wanted to have a normal and cooperative relationship with India.  To this end, it was necessary to settle all the outstanding issues, particularly the Jammu & Kashmir dispute.
“Aspirations of the people of Jammu & Kashmir could neither be ignored nor put on the back burner.  No matter how much more time does their legitimate struggle take, Pakistan will never abandon Kashmiris and their cause.”  The High Commissioner added that it was also essential to create a congenial bilateral environment by eschewing stereotypes and self-serving propaganda.

In his address, Pakistani Ambassador Asif Durrani in the UAE, felicitated the Pakistanis on the auspicious occasion of Independence Day, recalled the great sacrifices rendered by the forefathers 69 years ago for a separate homeland.

In Colombo, Sri Lanka the High Commissioner of Pakistan Maj Gen ® Syed Shakeel Hussain said that the brotherly and time tested relationship between Pakistan and Sri Lanka, having depth, breadth and diversity, serves as a beacon for other countries of South Asia. HE Shakeel Hussain said that the Government of Pakistan is actively engaged with all neighbouring countries in an effort to create a peaceful neighborhood and at the same time intensifying economic engagement with all friendly countries.

The Independence Day of Pakistan was celebrated at the premises of Pakistan Embassy, Kabul, with great national fervour and enthusiasm, today. The ceremony was inaugurated with the recitation of Holy Quran followed by national anthem and flag hoisting by Pakistan Ambassador to Afghanistan, Syed Abrar Hussain.

To celebrate the 69th Independence Day, a flag hoisting ceremony was held at the Pakistan Embassy here this morning. The Chargé ď Affairs Mr. Ameer Khurram Rathore hoisted the national flag with national anthem playing in the background. It was attended by members of the Pakistani community residing in Berlin, its adjoining areas and the officials of the Embassy with their families, says a press release received here today from Berlin.

In Tehran an impressive ceremony was held at the Embassy Residence to mark Pakistan Independence Day. The ceremony commenced with the hoisting of flag by Ambassador Noor Muhammad Jadmani to the accompaniment of national anthem.

The Embassy of Pakistan, Dushanbe, Tajikistan celebrated 69th Independence Day of Pakistan in the Chancery in a befitting manner and with full enthusiasm. Ambassador of Pakistan, Mr. Tariq Iqbal Soomro, hoisted national flag and read messages of the President and the Prime Minister.

The 69th Independence Day of Pakistan was commemorated in Ankara with traditional fervor. The Ambassador of Pakistan, Sohail Mahmood, hoisted the national flag on the tune of national anthem in presence of the Pakistani community, students and Embassy officials. Students of Pakistan Embassy School (PEISG) in Ankara presented a special performance composed of milli (national) songs. The special messages of the President and the Prime Minister of Pakistan were read out on the occasion.

At the UN Mission in New York, Pakistan Independence Day was celebrated with traditional fervor and enthusiasm with the hoisting of the national flag by Permanent Representative of Pakistan to the UN, Ambassador Maleeha Lodhi as the national anthem was played. Consul General of Pakistan, Raja Ali Ejaz was also present. Ambassador Maleeha Lodhi read out the Independence Day message of the President and Consul General read out the message of the Prime Minister. 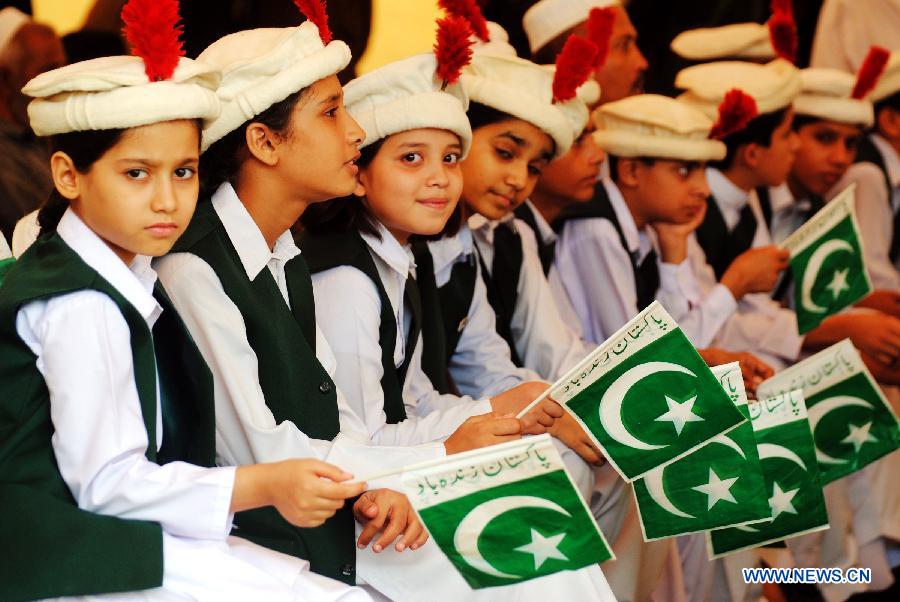