Young, old, fat, short, tall, fair, dark, smart, intelligent, caring – it doesn’t matter for young Pakistani men seeking prospective brides as a shortcut exit overseas. The only criterion is that you must hold a foreign passport and be able to financially support yourself as a young woman because this type of man isn’t in it for the long run. 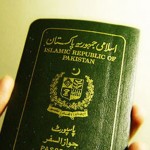 Simple, innocent and conservative overseas-born or raised Pakistani girls are an easy target for these men. Most Pakistani families living abroad raise their children in a sheltered and protective environment, where they try to maintain their traditional ties with their native country and expect the same respect in return.

Marriage is a sacred union. Majority of overseas Pakistanis and respectable families in Pakistan cherish this system, adhering to the values and upholding the sacred union. However, seeing the latest matrimonial advertisements in the leading Pakistani national newspapers and online websites, marriage has become a business agreement. A culturally arranged marriage has become rather a business deal, where the groom needs to chalk out a business plan, conduct a SWOT analysis and check their return on investment.

It’s not only Pakistani men but also Pakistani women that are being married to foreign-passport-holding Pakistani men regardless of checking their compatibility, education, personality, age and long-term commitment, just to secure a better life for their family back home.

Frustrated by the economic and political instability and limited opportunities within their own country, Pakistani men and women are seeking refuge in other countries through any means. According to a British Higher Education Statistics Agency report, Pakistan accounts for 54 per cent of UK’s (non-EU) international students. In 2009-2012 there were over 9, 815 Pakistani students enrolled in higher education institutes. Furthermore, popular countries such as Canada, North America, several North European countries, including Sweden and Finland are attracting thousands of Pakistani students to their universities. More than 8, 458 Pakistani students studied in Australia in 2009-2010, increase of 11.4 per cent over 2008-2009.

Unless there is financial backing, life is tough for these Pakistani students overseas. Expensive college/university tuition fees, low-wages, odd jobs and unstable living conditions lead them to resentment and bitterness towards their country of stay. Moreover, they become opportunistic individuals that are willing to compromise and deceive others in order for them to gain permanent residency. An easy shortcut solution is to marry a local citizen.

The Australian Department of Immigration and Citizenship (DIAC) recently stated that there are a record number of fraudulent weddings and spouse claims being made by visa cheats in order to gain entry in the county and obtain Australian-citizenship.

According to the Herald Sun special DIAC report (August, 2012) more than 1,300 overseas-born partners have been sent packing in the past four years after their relationships with Australian residents and citizens were exposed as lies – 406, or eight a week, in the past year alone. Four in 10 partner visa applications came from foreigners already in the country on student, work or holiday visas in the past year, and they were most often rejected.

In New Zealand, nearly 500 people were turned away by immigration officers in the previous financial year after claiming to be in a long-term and stable relationship with New Zealanders.

Increasing number of statistics of Pakistani men involved in polygamous marriages and unregistered marriages in Pakistan is alarming; this is where Pakistani men have married foreign-residents despite being in relationship with women and having wives back home. They are not only spoiling the lives of innocent women in Pakistan for their self-vested interest abroad but leaving a social stigma for both these women residing abroad and in Pakistan.

According to a BBC report,  Pakistani woman, Dr Zabina Shahain married a well-known man Mr Pervez Choudhry, former Conservative party leader residing in United Kingdom, who did not disclose but was still married. He did not realise that marriage in Pakistan was legally valid in the UK and was given a community order after admitting bigamy.

Similar cases are now emerging among young Pakistani men overseas that are taking part in dual marriages without disclosing information to their prospective spouses. Once these men secure their permanent visas, and achieve their goals they take the exit route. Left behind, are distraught and mentally disturbed women that have no option but to either stay due to family commitments or face social challenges if they leave them behind.

Common signs that Pakistani families need to be cautious of when assessing prospective spouses for their dear ones is to have a thorough background check, assess their emotional involvement towards their spouse to-be, disclosing of personal information and whereabouts and be wary of excessive blandishment.

A time where Pakistan already faces political, economic and social challenges domestically and in the international arena, the country cannot afford individuals to further damage its image. (By Sarwat Hassan –  an Australia-based journalist, educationist, writer and community representative).