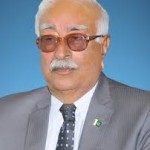 The approval was granted by the Prime Minister today in wake of the principle approval of the policy by the Cabinet in its meeting held on May 9th, 2013.

Dilating on the salient features of the Policy the Minister said that it has been made though a consultative process with all stakeholders including concerned Ministries, Board of Investment, Federal Board of Revenue, Overseas Employment Foundation beside holding seminar.

The National Policy provides for  social and welfare facilities to the overseas Pakistanis includes proposals for  housing schemes in different cities of the country, allocation of a specific sector or percentage in government residential schemes, opening of Pakistanis schools in different cities abroad on need basis, establishment of overseas university in  Islamabad, construction of hospitals , provision of mobile medical units and legal assistance  for families of overseas Pakistanis.

The Policy also provides for a self-contributory pension scheme. This scheme has already been launched and would be made more attractive by enhancing facilities under it.

The Policy encourages increase liaison with foreign government in matters of recruitment, assistance to resolve difficulties and disputes between employers and workers, simplification of procedure to acquire Computerized National Identity Cards, Passports and foreign remittance card.

The government would appoint special focal persons in regional polices offices and in the district/city government offices to look into and resolve the issues of overseas Pakistanis. Government will also support activities undertaken by members of Pakistani Diaspora to promote Pakistani art, culture, music, literature and crafts as well as festivals in host countries.

Under the Policy an Overseas Pakistanis Advisory Council (OPAC) would be established with objective of welfare and participation in the national development.

The Policy stipulates consideration of looking into the means to facilitate the overseas Pakistanis’ right of vote.

To encourage remittances and investment the Policy provides to expand duty credit to other household items to  encourage remittances through banking channels. The State Bank of Pakistan will initiate schemes with attractive profit rates for foreign currency deposits and would draw a mechanism to eliminate difference between market and official rate of exchange for increasing inflow of remittance.

The State Bank would also introduce National Award for leading remitters. Special investment fund trust and schemes would will be established to offer loans to overseas Pakistanis at attractive interest rates.