ISLAMABAD: The four cellular service providers bidding on licences for next generation mobile technology emerged the winners of Wednesday’s bidding war, with Mobilink, Telenor and Ufone picking up licences for 3G services while Zong being the only bidder to acquire a licence for both 3G and 4G services. 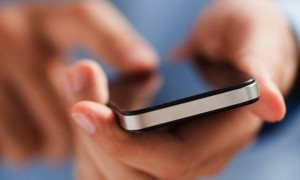 Mobilink and Zong bid for the ‘superior’ 10MHz band, while Telenor and Ufone preferred to bid on the cheaper 5MHz band. Although Mobilink, having acquired the 10MHz band, qualified for a 4G licence too, they opted not to go all the way.

This means one 4G licence is still up for grabs. Minister of State for Information Technology Anusha Rehman said that the licence would soon go under the hammer again.

Bidding began at 10am and continued until a little after 7pm at the Marriott Hotel. Bidders competed in eight rounds of 45 minutes each. A total of four 3G licences were auctioned and both Telenor and Ufone got the ‘shorter end’ of the spectrum.

“It was a strategic decision. We want to provide internet services for all our customers but at low costs. The 5MHz frequency is all that is required at the moment,” said Telenor Pakistan Chief Corporate Affairs Officer Muhammad Aslam Hayat.

Ufone had also shown an interest in acquiring both 3G and 4G licences, but on the day, they did not qualify. Under PTA rules, Ufone has to purchase the 10MHz band to be eligible for a 4G licence.

According to a Pakistan Telecommunication Authority (PTA) spokesperson, cellular companies with weaker frequencies would have to install more booster towers in their coverage areas, depending on how many cities they wanted to cover.

A taste of things to come

Visitors to the auction got a taste of next-generation mobile speeds at the stalls of various cellular vendors. Telecom reps showed off the astonishing speeds boasted by 3G services and demonstrated the power of high speed internet services on compatible mobile handsets.

Cellular companies will have to offer a minimum download speed of 256 kilobytes per second (kbps) under the stipulations of the 3G licence, which is four to eight times faster than current download speeds of 30-100 kbps that are currently on offer.

PTA Chairman Dr Ismail Shah said: “Meeting the budgetary targets is just one small aspect of this sale. We are looking at bigger benefits such as the creation of nearly 900,000 jobs and the development of newer, faster applications that will contribute to the improvement of educational, health and financial standards.”

Following the demonstration of the speeds of mobile internet, one of the first questions thrown at the officials was regarding the unblocking of video sharing website, YouTube.

“The IT ministry is following the Supreme Court’s orders and wants to block all objectionable content on the website before unblocking it for the public. We are working on a way forward and will have a final answer by mid-May,” IT minister Anusha Rehman said.