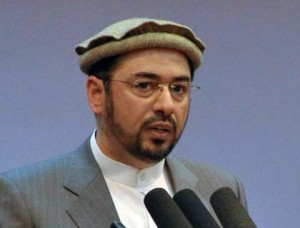 stalled Afghan-led and Afghan-owned peace and reconciliation process.“This positive gesture is part of Pakistan’s sincere efforts to help facilitate a meaningful process for peace and reconciliation in Afghanistan,” a senior Pakistani official told TheNation.He said that the released Afghan Taliban were free and accessible to anybody for contact.However, he denied that Taliban former deputy leader Mullah Abdul Ghani Baradar, who was arrested from Karachi in February 2010, was among the nine prisoners released on Wednesday.A 12-point joint Press statement between the Ministry of Foreign Affairs of Pakistan and the High Peace Council of Afghanistan issued on the conclusion of the talks said that in support of peace and reconciliation process and in response to the requests of the Afghan government/HPC, a number of Taliban detainees were released.It said that all concerned countries including Pakistan, Afghanistan and US would facilitate safe passage to potential negotiators to advance the reconciliation process. Pakistan and Afghanistan will work closely with other international partners to remove the names from the UN sanctions list of the potential negotiators amongst Taliban and other groups to enable them to participate in peace talks. The two sides appealed to the Taliban and other armed Opposition groups to participate in the Afghan-led and Afghan-owned reconciliation process to end violence. The two sides also agreed to jointly work for holding an Ulema Conference, which will include religious scholars from Pakistan, Afghanistan and other Islamic countries. The conference could either be held in Saudi Arabia, Afghanistan, Pakistan or any other Islamic country. The Ulema Conference would address the issue of rising militancy and suicide attacks in the name of religion and the defamation of our glorious and peaceful religion Islam due to its unjustified linkage with terrorism. Pakistan and the High Peace Council called on the Taliban and other armed groups to sever all links with al Qaeda, and other international terror networks. The two sides recognised that close and consistent cooperation between Afghanistan and Pakistan is key to building trust and confidence between the two countries and strengthening joint bilateral efforts in promoting peace and stability as well as overcoming the ongoing trends of violence and extremism.  They called for long term and consistent mutual cooperation based on mutual interest and respect.The two sides stressed that talking to and maligning each other through media leaves little space for serious dialogue.Therefore, all government officials and spokespersons should refrain from making hostile statements and avoid blame game. The High Peace Council and Pakistani authorities discussed the issue of cross border incursions and shelling. It was decided to discuss ways and means to create conducive conditions and initiating bilateral mechanisms that would completely end the cross-border shelling.  The contacts between Pakistan Army and Afghan National Army in this regard were lauded and encouraged. To initiate an effective mechanism in order to facilitate consistent and practical steps, the Ministry of Foreign Affairs of Pakistan and the High Peace Council of Afghanistan agreed to have more frequent contacts to enhance peace and stability in Afghanistan and the region.During its interaction, the High Peace Council delegation briefed the Pakistan side on the progress made in the peace and reconciliation process and underlined the importance of Pakistan’s role in this regard. Pakistan supports Afghanistan’s vision and roadmap for achieving durable and lasting peace in Afghanistan. The Afghan delegation, which visited Pakistan on November 12-15 at the invitation of Minister of Foreign Affairs Hina Rabbani Khar, has met President Asif Ali Zardari, Prime Minister Raja Pervaiz Ashraf, Foreign Minister and COAS General Ashfaq Parvez Kayani.The delegation also held meetings with Pakistan’s religious and political leaders. Both sides had an extensive exchange of views including briefing by the Pakistani authorities on the investigation of the assassination of Burhanuddin Rabbani.According to Reuters, Pakistan began releasing some Afghan Taliban prisoners who the Kabul government believes could help in reconciliation efforts, an official said on Wednesday. Afghan officials, hopeful that direct contact with Taliban commanders could give them leverage in any peace talks, have long urged Pakistan for access to prisoners.An Afghan official said some Taliban captives had been released but Islamabad and Kabul were at odds over how many would be freed.Earlier, Abdul Hamid Mubarez, a member of Afghanistan’s High Peace Council, visiting Islamabad, told Reuters: “Pakistan has sent us a very strong message and Pakistan has agreed in principle to start releasing prisoners from today.”It is not clear why Pakistan made the gesture at this time but it has come under mounting pressure to support US efforts to stabilise Afghanistan as the endgame nears.Afghan officials have identified Mullah Baradar as a figure who may command enough respect to persuade the Taliban to pursue peace. after more than a decade of fighting US-led NATO and Afghan forces.In August, senior officials from both countries said Afghan officials have held secret talks with Baradar.The decision to release the prisoners was a major achievement for the Afghan High Peace Council, which has been struggling to ease mistrust between the Taliban and the Kabul government.Afghan officials have suspected that Pakistan has been holding Afghan Taliban members in jail to retain some control over peace efforts and have a say in any settlement.Those in detention include former Justice Minister Mullah Nooruddin Toorabi and Mullah Jahangirwal, former secretary of Taliban leader Mullah Mohammad Omar and Allahdat Tayab, an ex-deputy minister, Afghan High Peace Council officials say.“We have asked Pakistan to release them because they were the policymakers of the Taliban and close aides to Mullah Omar,” said Habibullah Fawzi, a senior member of the Afghan peace team.Their release could encourage a number of Taliban commanders and fighters to join peace efforts, he said. Afghan embassy officials in Islamabad said the names of about 10 Afghan Taliban militants had been floated. (Source; The Nation).