Sydney (Tribune International, 14 August 2020): The first meeting of the executive committee and trustees of Pakistani Australian Community Council (PACC) was held on the eve of 14th of August 2020 at a local Pakistani Restaurant (Lahori Dhaba). The gathering also celebrated the Independence Day of Pakistan (14 August 1947) when 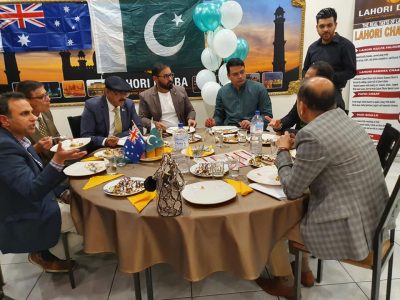 The speakers spoke on the importance of Pakistan being the only powerful Islamic State on the world’s map. They paid tribute to the millions of Muslim Martyrs who gave their lives in the struggle for Independence for the Indian Muslims – Islamic Democratic State of Pakistan.

members showed their commitment to achieve the goals of PACC and proudly represent the Pakistani Community in the multicultural society of New South Wales.