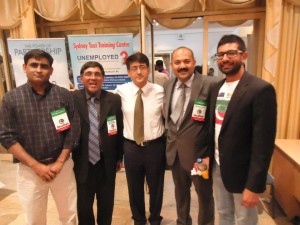 700+ Pakistanis joined PTI NSW Team to express their solidarity with PTI and to make the program a success. A substantial amount of $50,000.00 was contributed by the generous audience and sponsors to support PTI in fulfilling its pledges to end mass corruption in Pakistan through vote.

The Program started with recitation of Holy Quran followed by a hamd, national anthems of Australia and Pakistan, speeches that highlighted the importance of Pakistan Day, cultural programs, video message of Chairman Imran Khan, a history quiz on Pakistan and a buffet dinner. 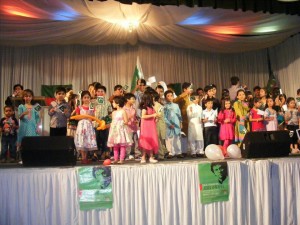 and the concept of ‘Naya Pakistan’. He also emphasised that the destiny of Pakistan  was in our own hands and real moment of truth  had come after 66 years of tyranny. He further stated “if we don’t take a stand now then perhaps we will never get a second chance”. A loud and clear message was conveyed to the audience to get united and work collectively until the mission is accomplished.

Delicious food for the dinner  had been provided by Himalaya Restaurant while a Sydney based Pakistani singer Tariq Mehmood entertained the audience with live Pakistani songs. 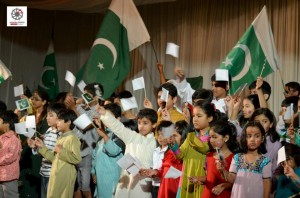 The executive committee and the members of PTI NSW Australia are extremely grateful to their NSW based fellow Pakistanis for endorsing the program and rendering financial support to eradicate corruption from Pakistan.

Your vote is critical for building the “Naya Pakistan” and purifying the systems to ensure growth, development and prosperity.

Please be the first to cast your vote in favour of PTI on 11th May 2013. Those who have relatives and friends in Pakistan are urged to please convey this important message to them to do the same.