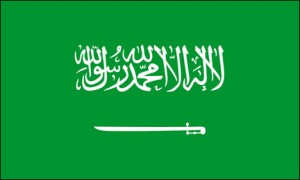 “The legitimate Syrian resistance has been betrayed by the international community and left easy prey to tyrant forces,” Crown Prince Salman bin Abdulaziz told the Arab summit in Kuwait City.

He was referring to unkept promises by several nations to arm fighters battling to topple the Assad government, which is backed by Russia and Iran.

Saudi Arabia is one of the main backers of the rebellion against Assad that erupted three years ago and has become a full-fledged civil war after loyalists launched a crackdown against protesters seeking democratic reforms.

“Syria has become a (battle) field open to killings and destruction carried out by an iniquitous regime with the participation of foreigners and armed terrorists who come from everywhere,” said the crown prince.

He also called on the Arab League to speed up the handover of Syria´s seat in the 22-member organisation to the opposition National Coalition, in order to give it formal status that could cement its recognition by world powers.

“This must be sorted out… in order to send a strong message to the international community so that it will change its attitude towards Syria,” said the crown prince about the seat.

The seat — vacated after the Arab League suspended Syria´s membership over the conflict — was promised to the opposition at last summit in Doha.

Arab League chief Nabil al-Arabi said the opposition must meet certain legal requirements before taking over the seat. As a result National Coalition chief Ahmed Jarba addressed the summit in Kuwait City Monday but was not allowed to speak from the spot reserved for Syria.