US President Barack Obama has said the United States is still prepared to “strike” Iran over its nuclear program despite the decision to back off a military threat against Syria. 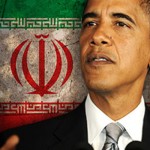 The Obama administration blamed the Syrian government for an alleged chemical weapons attack near Damascus last month and declared it would respond militarily. However, Washington reversed course when Russia offered a new proposal to resolve the crisis diplomatically.

“I think what the Iranians understand is that the nuclear issue is a far larger issue for us than the chemical weapons issue, that the threat… against Israel that a nuclear Iran poses is much closer to our core interests,” Obama said in an interview with ABC broadcast on Sunday.

“My suspicion is that the Iranians recognize they shouldn’t draw a lesson that we haven’t struck [Syria] to think we won’t strike Iran.”

Obama made the comments on Friday before Secretary of State John Kerry and his Russian counterpart, Sergei Lavrov, announced an agreement to bring Syria’s chemical weapons under international control in order to avoid military strikes.

The plan envisages the removal and destruction of Syria’s chemical weapons stockpile by mid-2014.

While Obama said Iran should not interpret the diplomatic course on Syria as suggesting the US would not attack Iran, he signaled that it was possible to resolve the Iranian standoff diplomatically.

“My view is that if you have both a credible threat of force, combined with a rigorous diplomatic effort, that, in fact you can… strike a deal,” he said.

The United States, Israel, and some of their allies accuse Iran of pursuing non-civilian objectives in itsnuclear energy program.

Iran rejects the allegations, arguing that as a committed signatory to the nuclear Non-Proliferation Treaty(NPT) and a member of the International Atomic Energy Agency (IAEA), it has the right to use nuclear technology for peaceful purposes.