NEW Zealand shares have risen on the coat-tails of offshore markets. 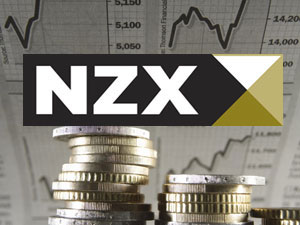 Within the index, 27 stocks rose, 12 fell and 11 were unchanged. Turnover was $90 million, a quieter day ahead of the Independence Day holiday in the US.

The New Zealand market lagged gains across the Asia Pacific, following a rally on Wall Street, as local investors mulled new share floats and the possibility of slower economic growth amid weaker dairy prices and an elevated currency.

“New Zealand is under performing most of the offshore markets, just a fraction firmer,” said Grant Williamson, director at Hamilton Hindin Greene.

“There are a number of reasons, the level of IPOs coming to the market is causing investors to take money out of the market and other stocks to raise funds.

“I think also the talk on the dairy payout has probably got investors thinking what that is going to do to the overall economic growth in New Zealand.”

The bookbuilds for Metro Performance Glass and Scales Corp have closed with their shares priced at the lower end of indicative ranges. Vista Group International has lodged its prospectus with the Companies Office for its float.

NZX climbed 3.1 per cent to $1.34, with the stock market operator set to benefit from a growing capital market.