The western Greek city of Patras has reportedly become a haven for marriages of convenience in which women then have no contact with their “husband” and then are forced to work as prostitutes. 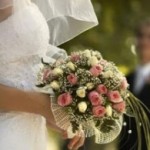 It was said that the amount of money involved in the marriages is up to 5,000 euros. The cases of women that are married or have children back in their countries are more expensive, as they don’t want involvement with other situations through which paying less will ensure marriage as well.